From unobservant to underwater explorer:
Takeaways from working in the Marine Invertebrate Zoology Collection
Written by Tianzhen Nie

Home Page
The summer before my senior year of college, I was preparing to study abroad in the Galapagos islands, and was told that I had to get my scuba diving certification before I ventured to Darwin’s Enchanted Islands. Despite growing up in Hawaii all my life, it had never occurred to me to use artificial assistance to experience my home’s shallow reefs—that is, until I was plunged into the frigid waters in a Latin American island chain just south of the equator. Those first few dives were terrifying, exhilarating, and everything in-between, and the most thrilling adventures were always the ones that allowed me to encounter my favorite charismatic megafauna: sharks.

It’s been over two years since I’ve gotten scuba certified, and while my amateur admiration for the big-ticket animals has never dimmed, I’ve since broadened my attention underwater to include the lesser-known invertebrate species. This is all thanks to the Native Hawaiian Education Program (NHEP), which has during a tumultuous COVID summer nevertheless offered myself and 11 other interns the opportunity to work in the Bishop Museum’s various natural science collections. Written as a grant to expose Hawaii’s educators and students to the museum’s educational offerings, the NHEP internship is currently running its second of three cohorts, composed this year of four teachers and eight students, which will double come summer of 2021.

This year, each of the twelve interns were split into one of three groups to assist the museum’s various collections in research initiatives. To my delight, I was placed in the invertebrate and vertebrate zoology departments, the former of which will be the focus of the remainder of this blog post. From the very first week, our group was flung headfirst into the museum’s research process as we acquired hands-on experience in taxonomic sorting, the primary objective of our collection manager, Holly Bolick. As the point person for specimens spanning 18 different phyla, Holly is an expert in effortlessly identifying and separating invertebrate organisms, ranging from the easily visible to microscopic. As the other interns and myself struggled to differentiate various microorganisms, Holly would breezily and cheerfully teach us about the different morphological characteristics and functions of animals we’d never before heard of, but would soon become familiar with.

To put it simply, working in this collection has been a ton of fun—from observing and handling valuable specimens to building relationships with other interns and museum staff to working with state researchers on identifying alien and native species, my time in the Invertebrate Zoology collection has been filled with excitement and edification. Every week is an unexpected adventure—it’s hard to anticipate whether we’ll be under a microscope, in the science adventure center, or behind a shelf of research papers during any given week. For an enneagram seven like myself who thrives on variability and new experiences, working in the museum is a perfect fit. Not to mention, my love of organization has found a new outlet—as someone who has color-coordinated her closet since her early teens, the opportunity to file the museum’s countless species has been a particularly therapeutic task.

To illustrate the growth in our understanding of marine invertebrate zoology, one needs to look no farther than the Spineless Wonders exhibit, which will soon be available digitally on the Bishop Museum website. For those unfamiliar with the Spineless Wonders exhibit, it put a selection of marine invertebrate species on display between the end of 2019 and the end of June 2020, a couple weeks after we began working in the exhibit. Over the course of the internship, we ventured into the Spineless exhibit on multiple occasions, for both personal exploration and collection purposes. Each time I came into the spineless exhibit up until the day we took it down, I had a new takeaway, whether that be a seeing a species in a new light (literally), or acquiring additional information on one of the major invertebrate phyla. What were previously indecipherable Latin words now had meaning, associations, and identifiable characteristics that I myself had utilized to sort species by taxonomic group. 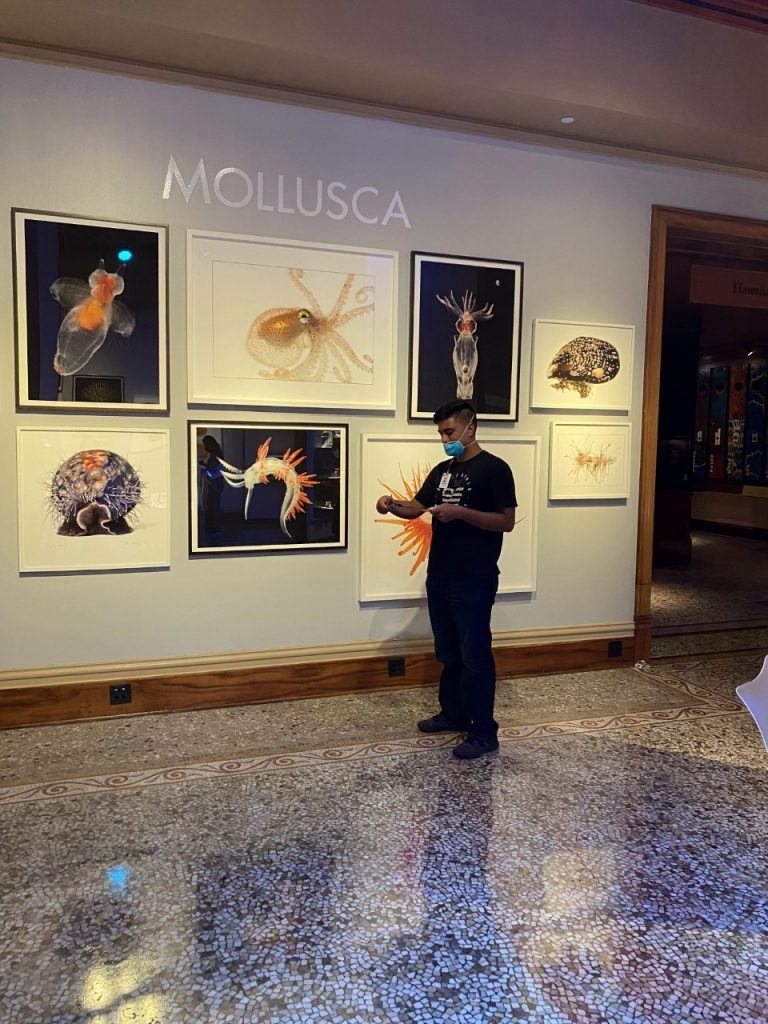 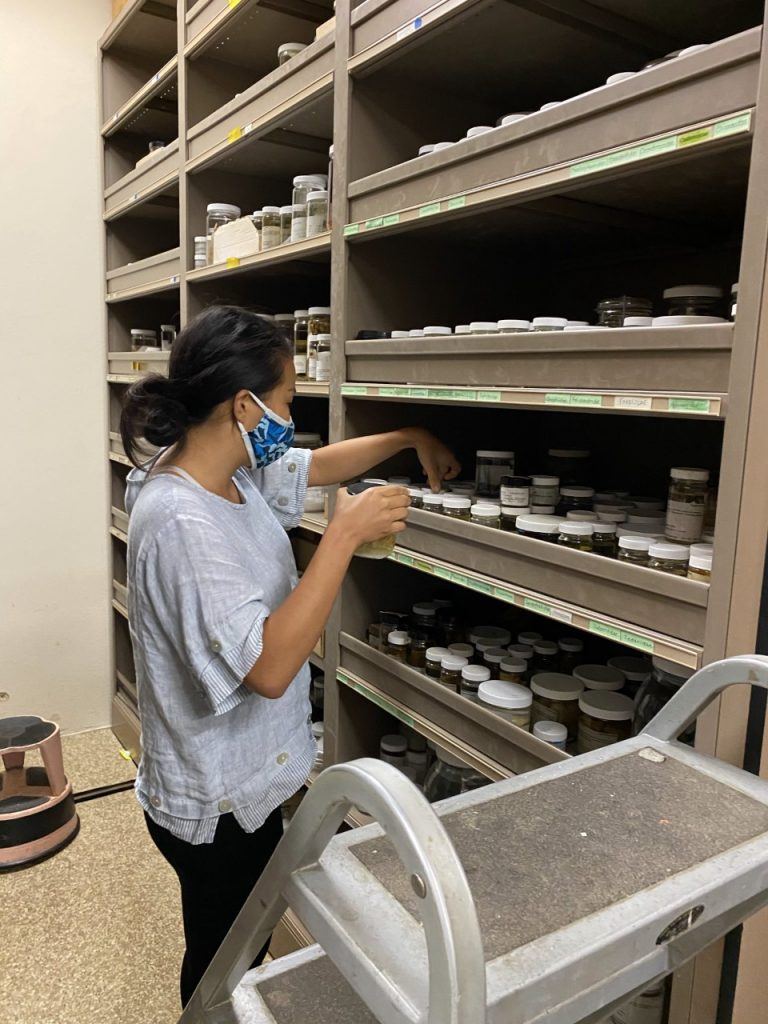 Nonetheless, the most tangible takeaway would of course take me back to the source of initial wonderment—the ocean itself. Previously, my wildly unobservant eyes did little more than follow the sea lions, turtles, and fish beckoning aggressively for my attention underwater. Since the commencement of the NHEP internship, I’ve gone diving a couple times around the island, and while the charismatic megafauna will always have a place in my heart and field of vision, my interest remains similarly captivated by the colorful and oddly-shaped underdogs of the ocean—marine invertebrates. Though far less is known about many of these species than their vertebrate cousins, internships like NHEP certainly incentivize non-biologists such as myself to gain a more holistic understanding, appreciation, motivation to conserve these strange, precious, and indubitably cool creatures for future generations.