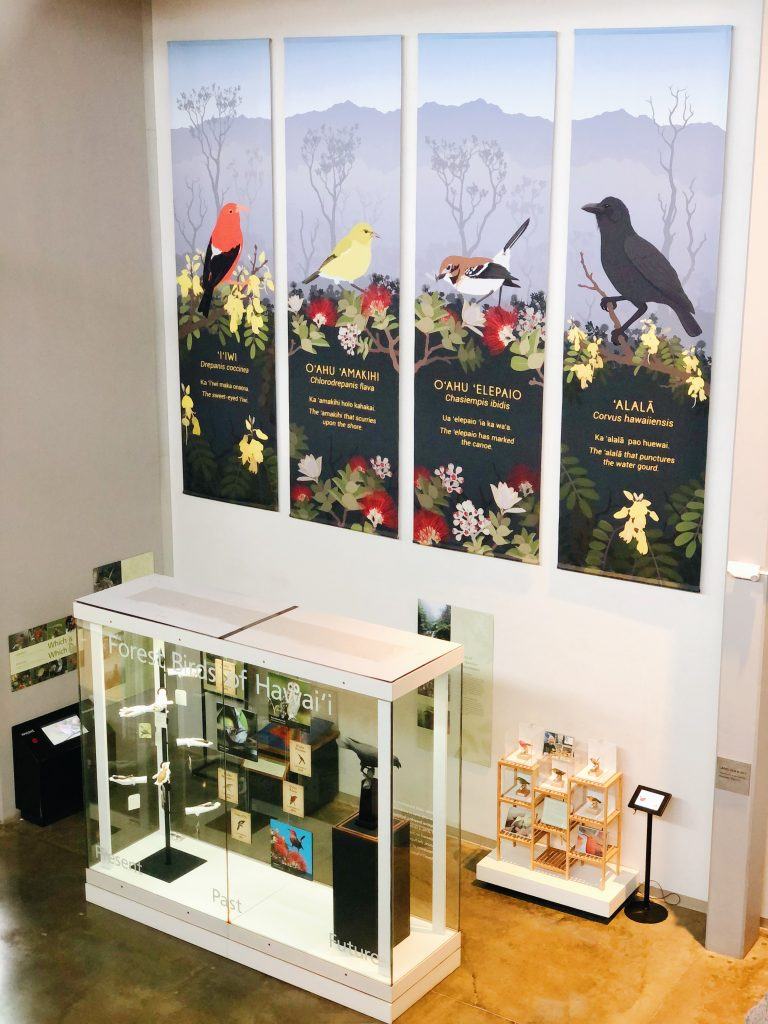 Hawaiʻi is home to over 10,000 examples of species changing and adapting to overcome environmental challenges. The Hawaiian Islands grow from a hotspot and then recede as they move further away from it. This movement creates changes to the environment, which in turn has created changes in species like Hawaiian Honeycreepers. The first flock arrived maybe around 8 million years ago *Wylie, R. (2015, June 25), and as the Honeycreepers expanded to other islands and sometimes returned to former habitats, changes occurred due to environmental adaptive measures.

Changes in Hawaiian Honeycreepers and other species in Hawaiʻi can be explained by what we call adaptive radiation. Adaptive radiation is a process in which organisms (animals/plants) diversify rapidly from an ancestral species (distant relatives) into a multitude of new forms, particularly when a change in the environment makes new resources available, creates new challenges, or opens new environmental niches. **Larsen (2011).  Natural selection, which is connected to adaptive radiation, is a process by which an organism adapts to its environment by selectively reproducing changes in its genotype, or genetic constitution.

How does natural selection work? Here’s one example: In a habitat there are brown bugs and green bugs. Birds prefer the taste of the green bugs, so over time there are fewer green bugs and more brown ones. This is called predation, where a biological interaction between predator and prey often produce changes in the organism being preyed upon. Generations later, green bugs do not exist, and brown bugs are flourishing. This is just one example of how natural selection changes a species within an environment.

Check out some of the related links below to learn more about forest birds, Bishop Museum-related exhibits and project.

This project is supported in part by:
Bloomingdale’s, Haruo & Tomoko Uchiyama, Drs. Norio & Takako Nakatsuji,
and the Yamashina Institute for Ornithology 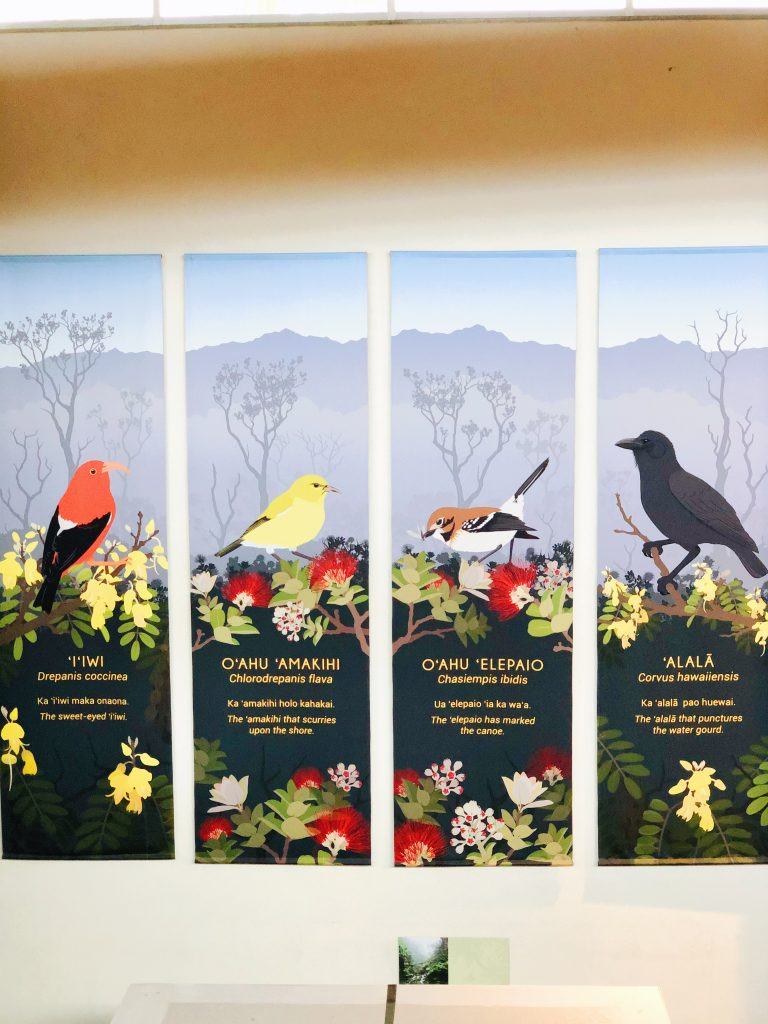 These beautiful forest bird posters were designed by Susan, a graphic designer at Bishop Museum. Originating with the ʻiʻiwi poster for the Lele o Nā Manu exhibit, this series of posters features four endemic birds of the Hawaiian Islands perched amongst the colorful flowers of two of Hawaii’s native forest trees: the red of the ʻōhiʻa and the yellow of the māmane. These birds still inhabit Hawaiʻi today. Their specialized diets for nectar, seeds, or small insects or other arthropods are reflected in some of their diverse beak shapes. Hawaiʻi’s native birds are threatened by disease like avian malaria, competition with introduced (non-native) bird species, predation, and reduction of habitat from factors like climate change and Rapid ʻŌhiʻa Death.