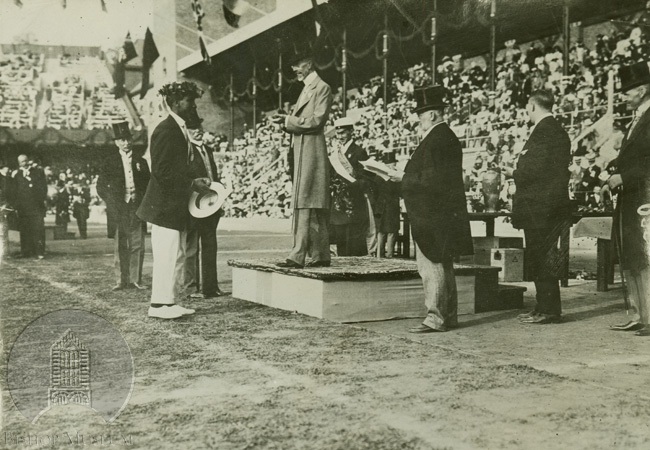 July 6, 1912
On this day in 1912, Hawaiʻi’s legendary waterman Duke Kahanamoku swam the 100-meter freestyle in his first Olympic Games in Stockholm, Sweden. Credited with introducing a new swimming style to the world, Duke’s powerful kick and full stroke won him his first gold medal in this event and a silver medal in the 4×200-meter freestyle relay. 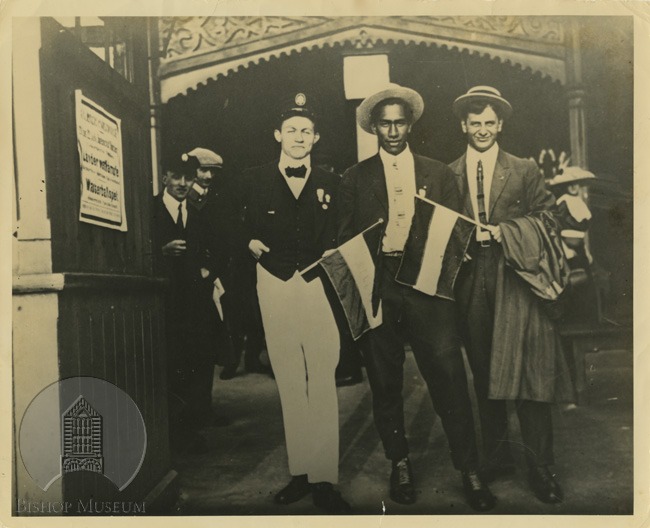 Duke’s 1912 Olympic debut was made possible by local community members who rallied together to organize fundraisers to finance his trip to the trials and games. The proud people of Hawaiʻi believed in their champion and helped to make sure the rest of the world recognized him too.

Image sharing on social media is welcome; for all other uses, please contact archives@bishopmuseum.org.