Dear Reader, Hawaiian language newspapers served as a modern messenger. It was where pronouncements were made by the monarchs, new laws were announced, vital statistics were reported, and the latest deals were advertised by businesses.

Here is a sampling of advertisements placed in the Hawaiian language newspapers by Manufacturers’ Shoe Company through the years along with a photo of the storefront. 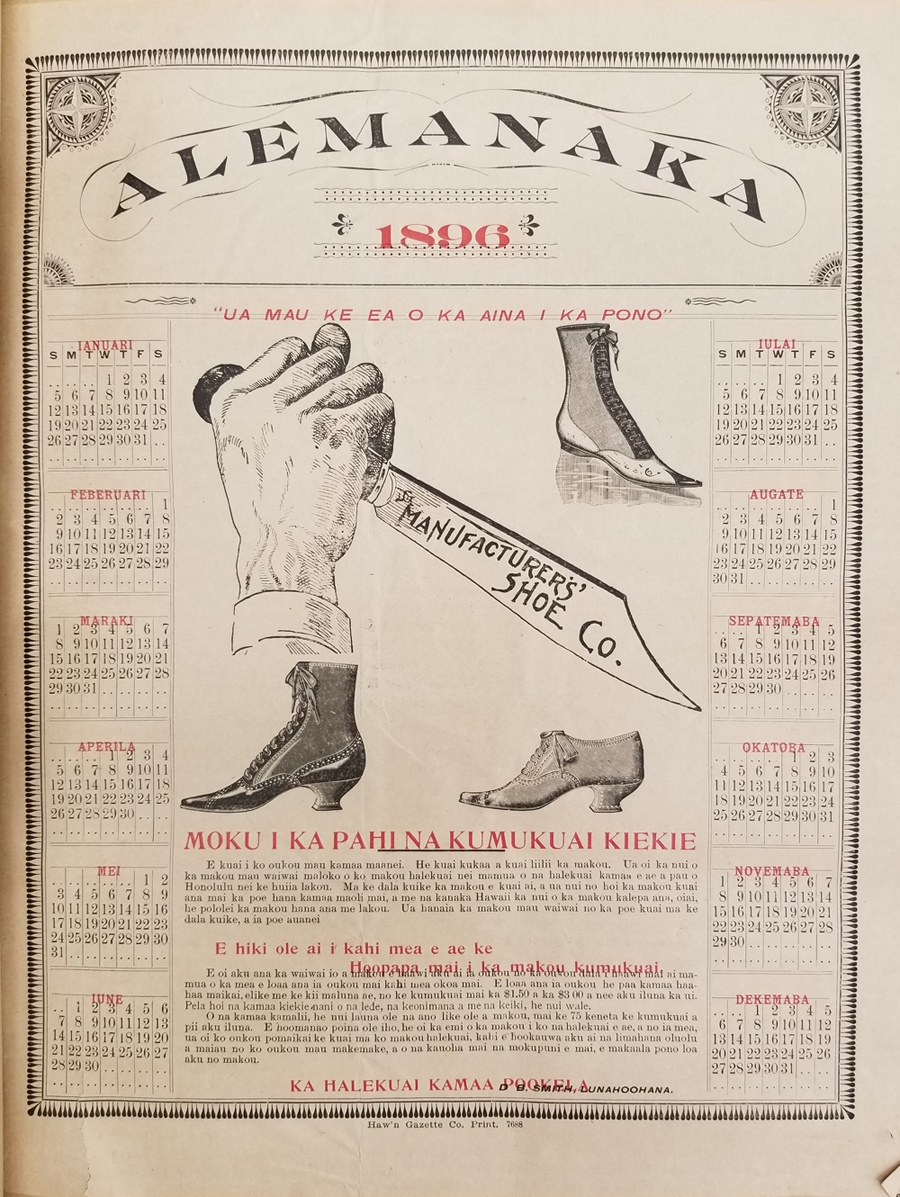 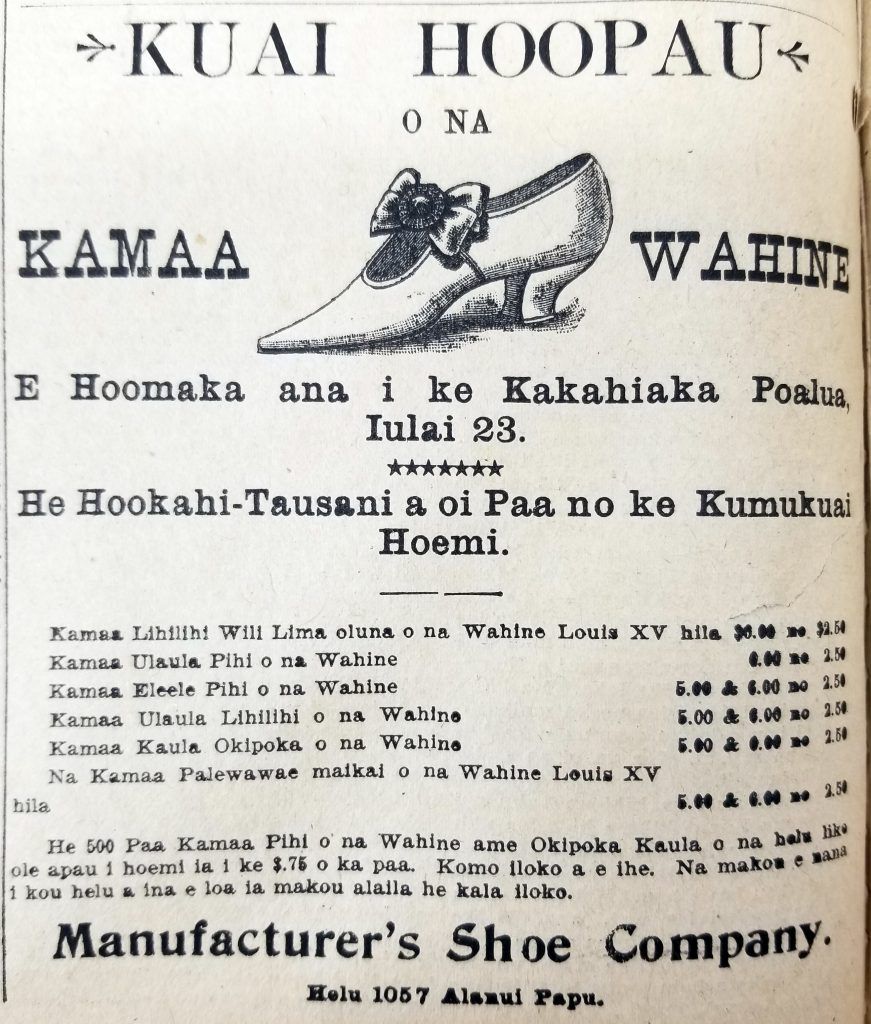 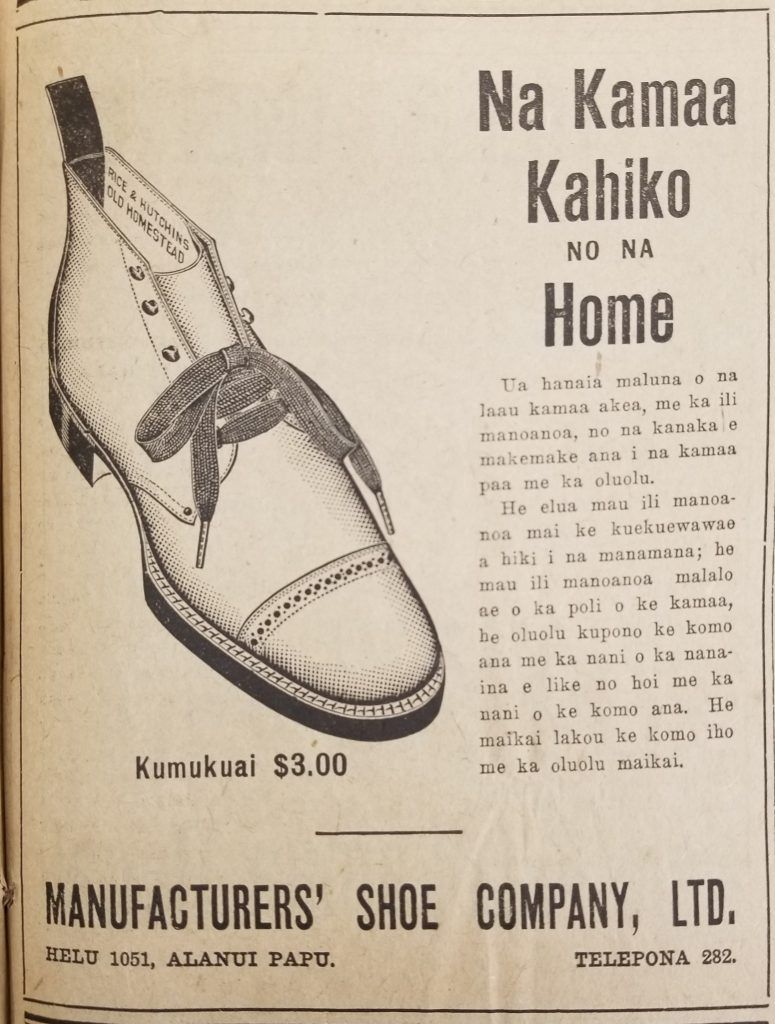 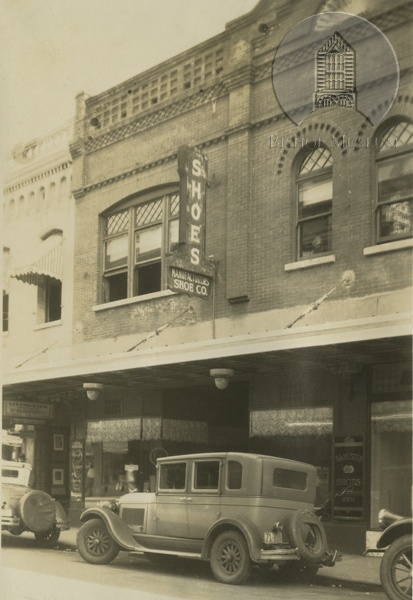