Descriptions of Travels, Near and Far

Dear Reader, from the first Hawaiian language newspaper, Ka Lama Hawaii, until the very last, Ka Hoku o Hawaii, there were published countless accounts of travels around these islands as well as to foreign lands across the sea. Through these accounts we can see how things have changed and how things have remained the same.

The following is a letter written by Joseph K. Like to his brother Edward L. Like describing a lua huna (hidden cave) he and his cousin Alexander Nāwahī were taken to in Pāhoa.

A Trip into a Hidden Cave

Aloha to you:—I have a bit of news to send you, and that is this. The last days of the past month, under the guidance of some locals of this unfamiliar lands on which I dwell, I went with Cousin Alexander Nāwahī into an amazing hidden cave. There was evidence that it was inhabited by people many years ago.

It is a large and wide cave, and from where we entered until a separate exit, it was approximately three miles, and the time we spent walking was three hours. The inside of this cave was obscured in darkness, and there was only the light of the lanterns that lit about two feet. But we had with us three lanterns and so the darkeness could not deter our trip.

In the center of this cave there stood a rocky outcrop fashioned into a chair as if it was a place for the aliʻi to sit. This cave has many passageways, perhaps eight or maybe ten. And because of the limited time we had, we could not explore all of them. We found two entrances to this cave; one where we entered and the other where we exited. The height of these entrances was 20 feet, but because they were walled in with rocks, they have become very tiny, about a foot and a half. An obese man could not exit them except perhaps very carefully.

The items we found inside of this cave were a stone adze and an ʻinamona pounder. Perhaps there is much more, but there was no time to search. We also found huge ʻopihi shells about six or seven inches in circumference that were strewn about the cave. It was this that made us believe this was a hidden cave lived in by people in olden times.

I took the stone adze and the stone ʻinamona pounder and they are now on display at the Pahoa Saloon. If there are no problems, I will go once again to explore inside this hidden cave through the passages I did not see. That is all I have. 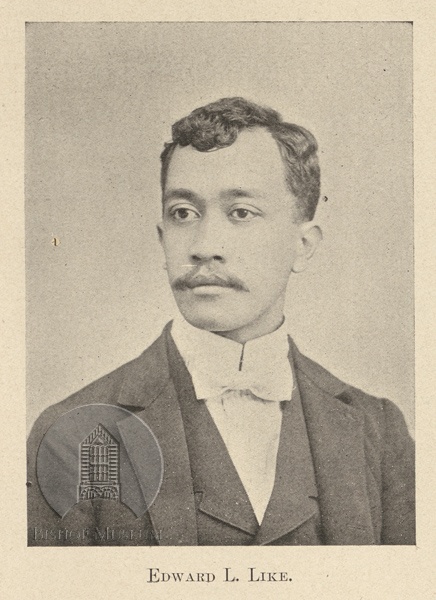 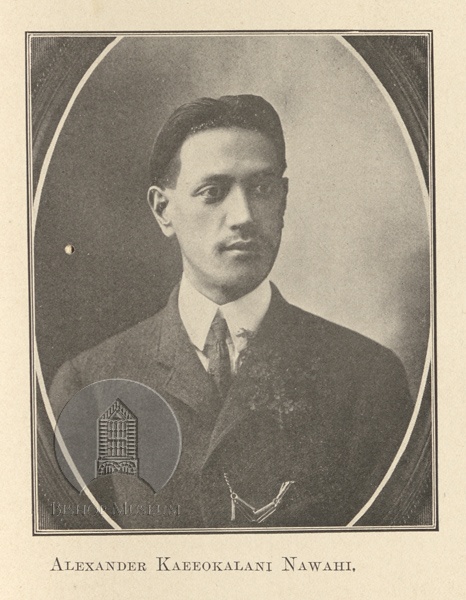 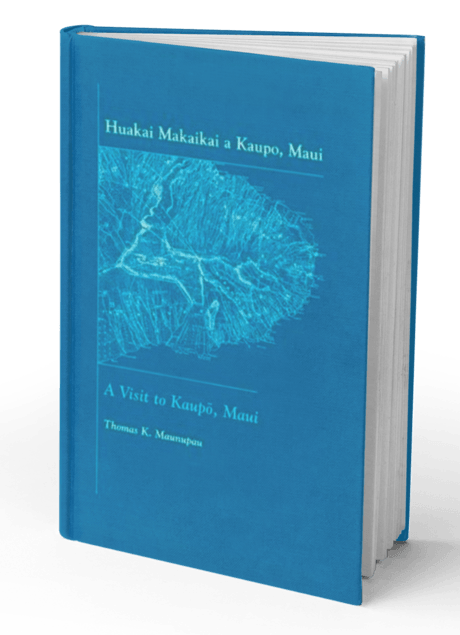 Image: The image above is an example of a travelogue describing a trip to Kaupō, Maui about a century ago. It is available from Bishop Museum Press in Hawaiian and in translation. It originally appeared in Ka Nupepa Kuokoa under the title “Huakai Makaikai no Kaupo, Maui” running from June 1, 1922 to March 15, 1923, written by Thomas K. Maunupau. Click on the link for more information and how to order a copy.