Four Corners of the Earth

I came across an interesting article the other day written by William R. Kaulehelehe [also known as Kanaka William] that lists Hawaiians living abroad in 1863. Might your kupuna have traveled across the Pacific to the Pacific Northwest?

The image of the article online now is very difficult to read. Click here to compare it to an image digitized the other day.

A Letter from Victoria

May your patience find it appropriate to report on the idea below so that friends will see the lists of the Hawaiians who are gadding about on this side of the world, because the letters arriving here in Victoria are always very problematic. This is because the names on the letters are not understood; some are understood, and others are roundabout. And therefore I ask the friends living here and there to patiently send me their names, and they kindly sent me their names, and because I have the list, some of the letters a understood at once, and the rest are sent to California.

I will stop with these words, and the names are what remain, beginning in Oregon.

The first three names are old-timers, and the fifth of the new people, I do not have his name.

These lists above are of people who live in states of the United Sates. And here below are the names of Hawaiians who live in British counties and Vancouver Island, and the provisional island (San Juan Island).

The last two and Emene, they are the only ones who are living permanently here in Victoria, and the majority are drifters, but they get their mail if it comes here.

O you friends of ours, if you see the names of friends of yours and where they live, do not write other names lest it get confused more. Here is another thing, stop writing that name Keomolewa [the old Hawaiian name for Columbia River], because the Post Master will not be able to read it, and as a result, I’ll be called over to look, because the ship captain bought it and left it at the Post Office, along with the letters for where it sails, leaving them behind because the names written on the letters are not understood. And one more thing, write the name of the addressee correctly, and if you do not know how to write it, take it to someone who does to help you with your problem. As for the contents, you can make a mess; they will see the loving sentiments of their friends of their land of birth; better than nothing. 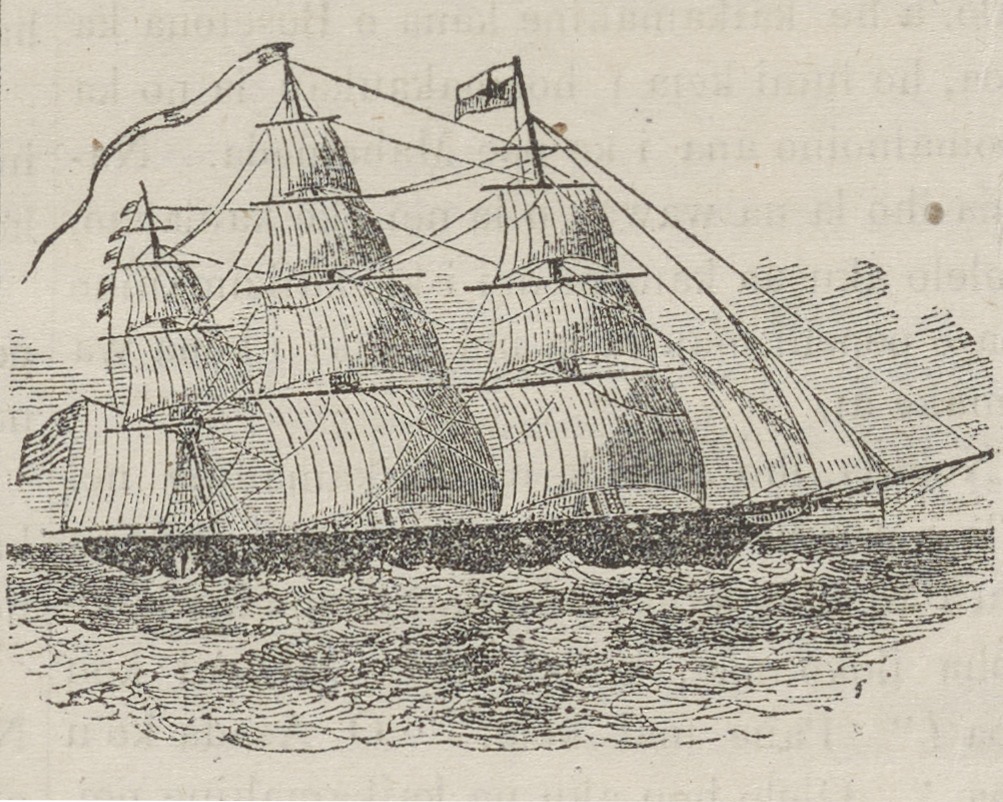 Image: Image of ship used with the weekly column “Nu Hou,” or news, being that the news from abroad was at the time brought by ships. Ka Nupepa Kuokoa, August 8, 1863, p. 2.