Henry Grube Marchant was the last to be sent on Kalākaua’s education of Hawaiian youths in foreign countries program. He was recognized as having natural talent for engraving. In 1887, he left for Boston to be trained professionally.

This image of Aliʻiōlani Hale by Marchant is found in a 1918 issue of Ka Nupepa Kuokoa. It appears to have been sent back from Boston. 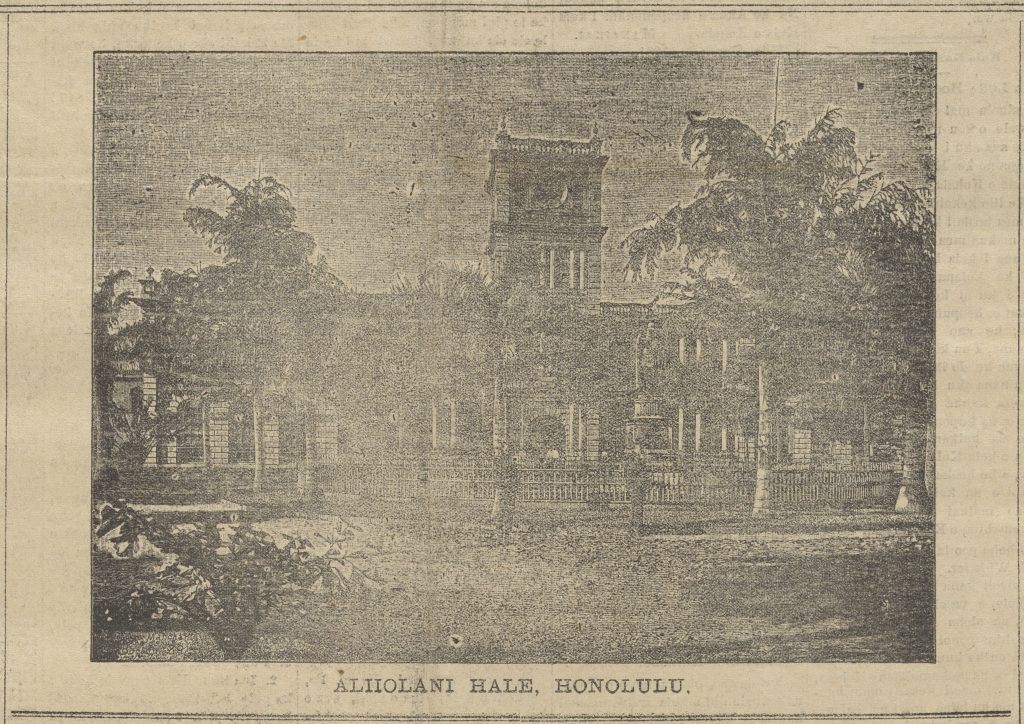 The construction of this great government building was begun in the last days of Kamehameha V’s era and it was completed in 1874. Those who are very familiar with this government building are the people of Honolulu, and those who come to Honolulu to see it. But for the rest, they will know it by looking at this picture.

The one who engraved the image on to wooden block was H. Grube Marchant, the Hawaiian boy who was taught this skill in Boston, at the expense of the Hawaiian Government.

Do you know of any other works engraved by Henry Grube Marchant? It was he who provided the “Daily” woodcut for the Daily Hawaiian Gazette, as well as images to illustrate a letter from Yale’s James D. Dana appearing in the same paper.1, 2, 3 He also did some woodcuts for a periodical called “Na Hoonanea o ka Manawa.”4 Perhaps his works can still be found somewhere in Boston, where he remained until his death in 1909.

4The editor of the Hawaiian Gazette of May 24, 1887, p. 5, in an article “A Hawaiian Artist,” praises Henry Grube Marchant for his engraving skills. He also mentions a “native story paper,” called “Na Hoonanea o ka Manawa” in which Marchant is doing woodcuts.