We once again changed the page last week Wednesday of the Kuokoa newspaper volume on display. It is in the bicentennial of printing in Hawaiʻi display on the third floor in Hawaiian Hall. If you haven’t seen the display yet, what are you waiting for? If you have, you should see the new pages of the Kuokoa now on display for about a month.

One of the articles on the front page of the August 23, 1918 issue, is a death announcement for John Rupert Rowe, the first Hawaiian to lose his life in World War I.

That Hawaiian Dies on the Battlefield.

As per the telegraph message received by Mrs. Robert J. Rowe on this past Tuesday evening, General Harris explained that her child John R. Rowe died in France on the 31st of July while he was fighting the enemy as an American soldier.

This was a boy who had worked in this printing office almost ten years ago, whereupon he left for America, and it was there that he joined the military and went on to the battlefields of France.

He has two brothers that are in the marines. Their names are Lawrence K. Rowe and Robert J. Rowe. 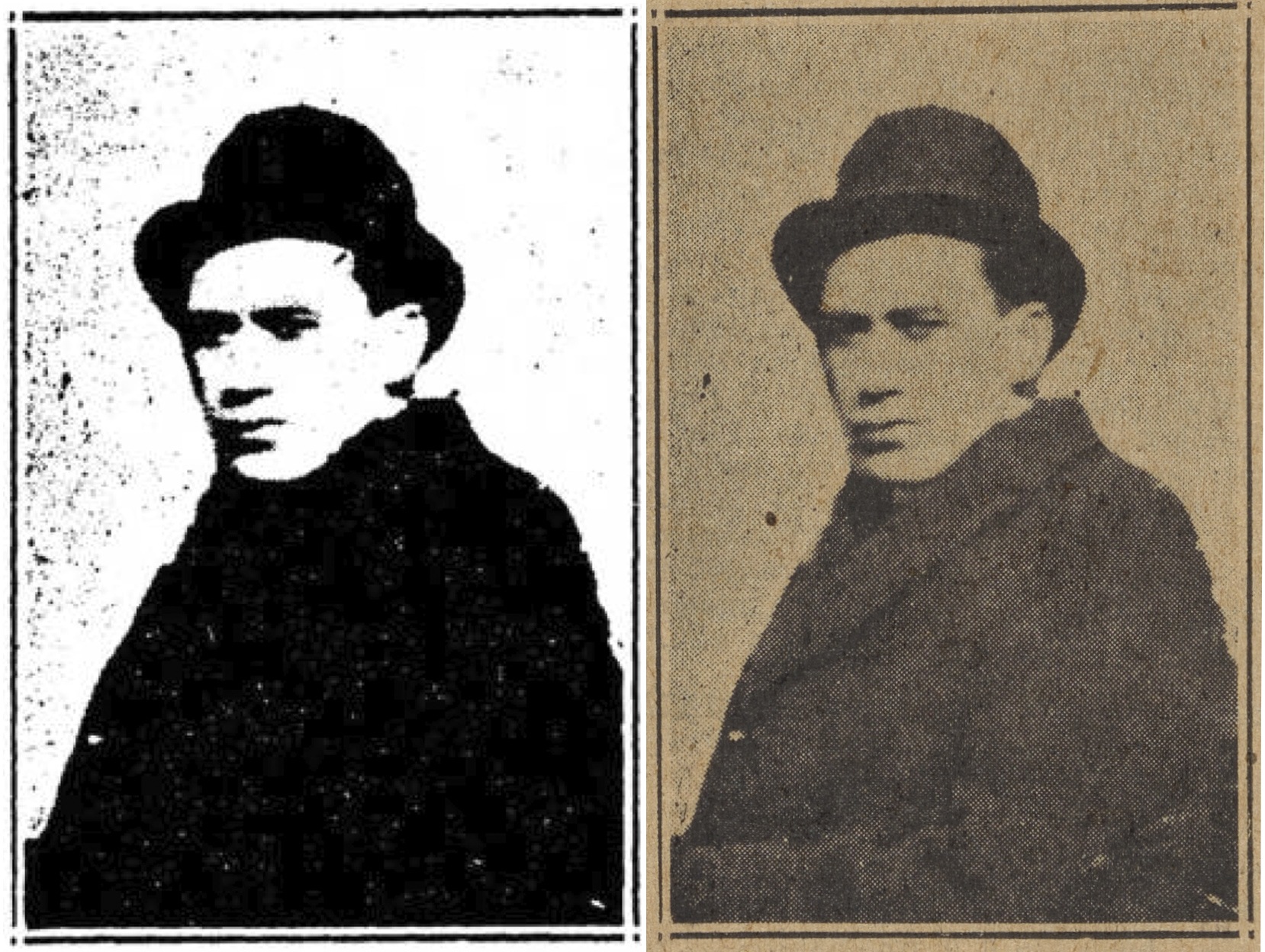 Image: A comparison of the photo of John R. Rowe as seen online (digitized from a microfilm copy) and an image digitized directly from an original newspaper.

Hawaiʻi Boys Who Died in World War I.