Dear Reader, this past Saturday, July 31 was Ka Lā Hoʻihoʻi Ea, or Restoration Day. How did you commemorate the day? Hawaiian language newspapers have covered Ka Lā Hoʻihoʻi Ea celebrations held across the islands throughout the years. The following article describes the historic events that took place on the very day that Hawaiʻi’s sovereignty was restored, 178 years ago! 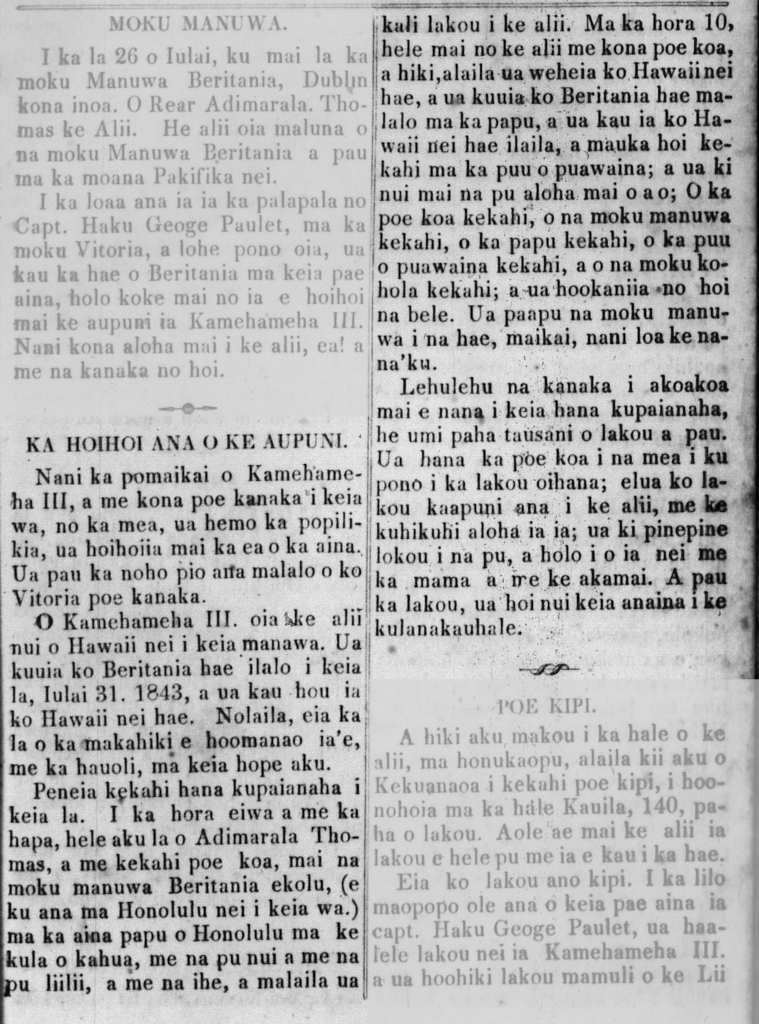 Image: “Ka Hoihoi Ana o ke Aupuni,” Ka Nonanona, August 8, 1843, p. 25. The previous and following articles on the page are deemphasized to highlight the one selected.

The Restoration of the Nation.

How blessed is Kamehameha III and his people at this time, for the catastrophe has been undone, and the sovereignty of the land has been restored. No longer do we live subdued by Victoria’s people.

Kamehameha III is now the ruler of Hawaiʻi. The British flag has been lowered on this day, July 31, 1843, and Hawaiʻi’s flag has been raised once again. Therefore this is the day of the year that will be commemorated with joy from now on.

This is one of the remarkable events of the day. At the hour of nine thirty, Admiral Thomas and some soldiers went from the three British warships (docked in Honolulu now) to the place of the fort of Honolulu at Kekulaokahuʻa, with large guns and small guns and spears, and there they waited for the king. At 10 o’clock, the king came with his soldiers, and when they arrived, the Hawaiian flag was taken out, and the British flag was taken down at the fort, and Hawaiʻi’s flag was raised there, and in the uplands as well, on Puawaina hill [Punchbowl]; and many guns of salute were shot everywhere—by the soldiers, the warships, the fort, the hill of Puawaina, and the whale ships; and the bells were rung. The warships were festooned with flags, and it was fine and very glorious to witness.

There were many gathered to watch this remarkable event; they perhaps numbered ten thousand all together. The soldiers did as was befitting their profession; they circled the king twice and saluted him; they shot off their guns frequently and marched double time here and there swiftly and skillfully. And after they were through, the crowd all returned back to town. 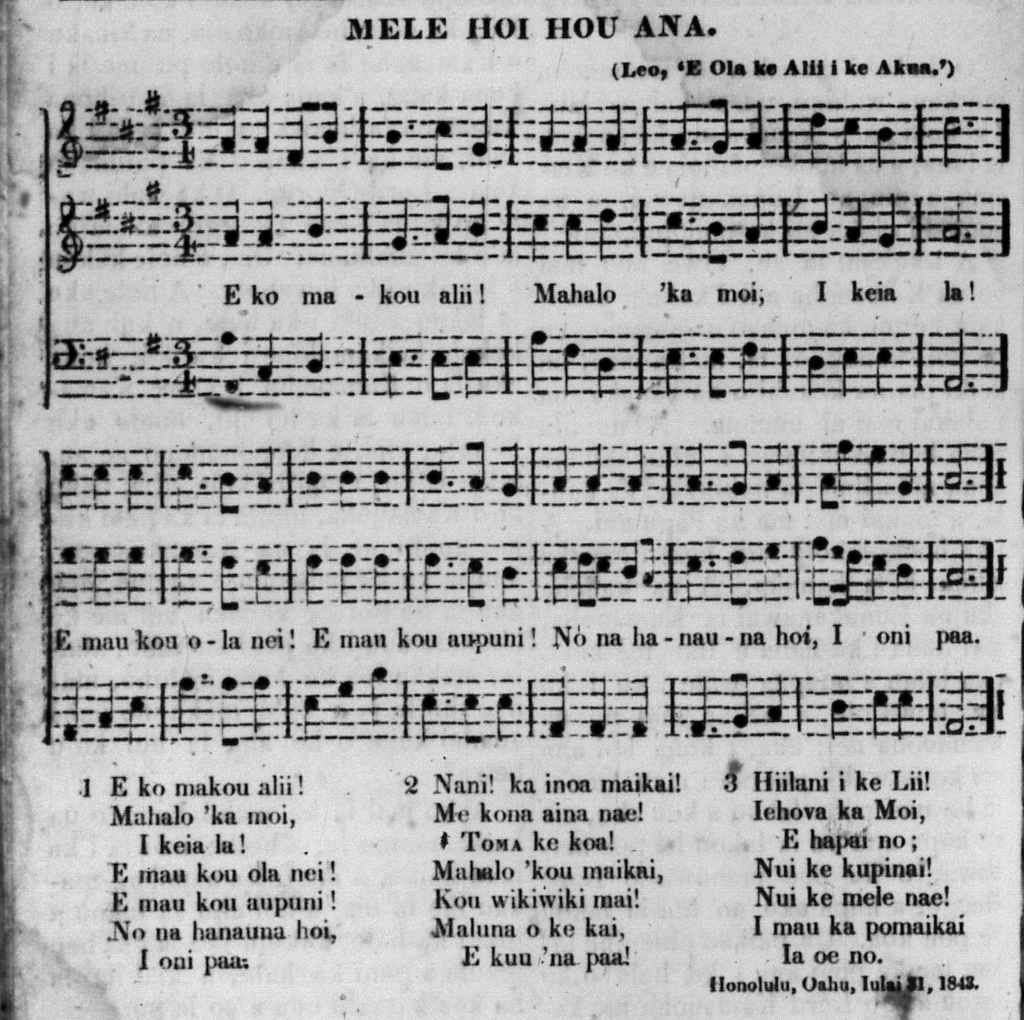 Image: “Mele Hoi Hou Ana,” Ka Nonanona, September 5, 1843, p. 44. This is the song and lyrics to what might be the first mele composed in celebration of Ka Lā Hoʻihoʻi Ea.

Hiʻilani i ke Aliʻi!
Hail! to our Heavenly King!
Iehova ka Mōʻī,
To Thee our Thanks we bring,
E hāpai nō;
Worthy of all;
Nui ke kūpinaʻi!
Loud we thine honors raise!
Nui ke mele naʻe!
Loud is our song of praise!
I mau ka pōmaikaʻi
Smile on our future days,
Iā ʻoe nō.
Sovereign of all!