In 1838, Reverend William Richards composed No ke Kalaiaina, a textbook he developed to instruct the ruling chiefs in political economy. The text itself was a compilation of Euro-American works of the time—each partially translated and interpreted as much as Richards thought might benefit the chiefs. In a partial reproduction and translation of George Washington’s “Farewell Address,” Richards gives, “ʻO ka pono o ke Akua, a me ka pono o ka noho ʻana, ʻo ia wale nō nā koʻo e paʻa ai ka ʻāina a me ka pōmaikaʻi. ʻAʻole pono e manaʻo aku i ke kanaka, ua aloha ʻo ia i kona ʻāina, ke ʻimi ʻo ia e hemo i kēia mau pou o ko nā kānaka pōmaikaʻi, nā kia paʻa loa hoʻi o ka pono o nā kānaka, a me nā keiki papa o ka ʻāina.” The corresponding section of Washington’s speech reads, “Of all the dispositions and habits which lead to political prosperity, religion and morality are indispensable supports. In vain would that man claim the tribute of Patriotism, who would labor to subvert these great pillars of human happiness, these firmest props of the duties of men and citizens.” In comparing the two, it is clear that Richards elected to translate “Patriotism” as “aloha… i kona ʻāina.”

Although initially put to paper some time in 1838, Richards’ translation of this portion of George Washington’s address was reproduced twice in Ka Hae Hawaii; once as a stand-alone passage in 1856, and once more in 1857 as part of an extended yet incomplete No ke Kalaiaina reprint. The translation of Washington’s speech has seen a long history of usage in the nūpepa, the last known example going to print in 1922 in Ka Nupepa Kuokoa.

The implications of this early usage are several. If Richards were to have coined the term—if he was the first to equate the idea of “aloha ʻāina” to “patriotism”—then the ideas which are most often associated with “aloha ʻāina” today and its origin may be due for reconsideration. 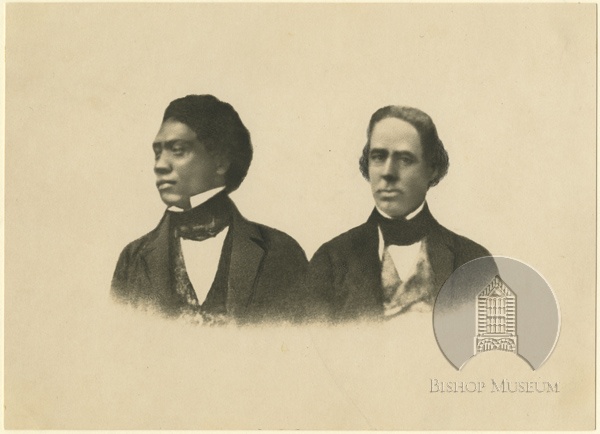 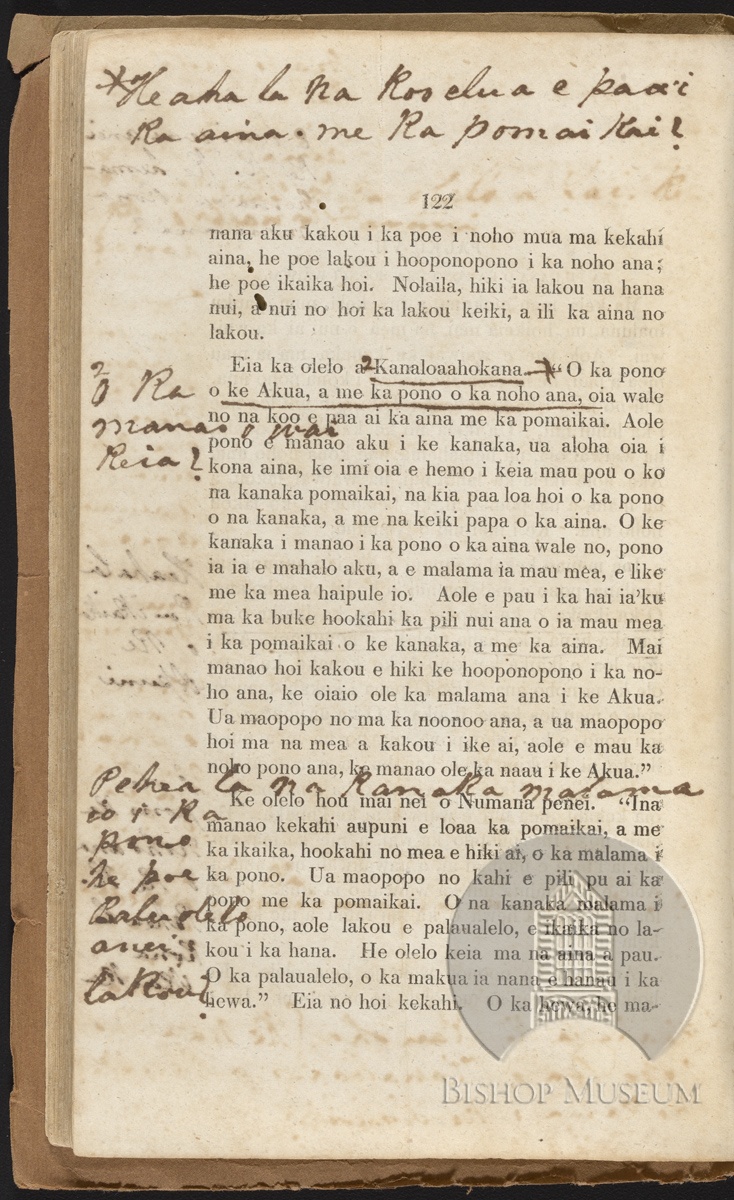 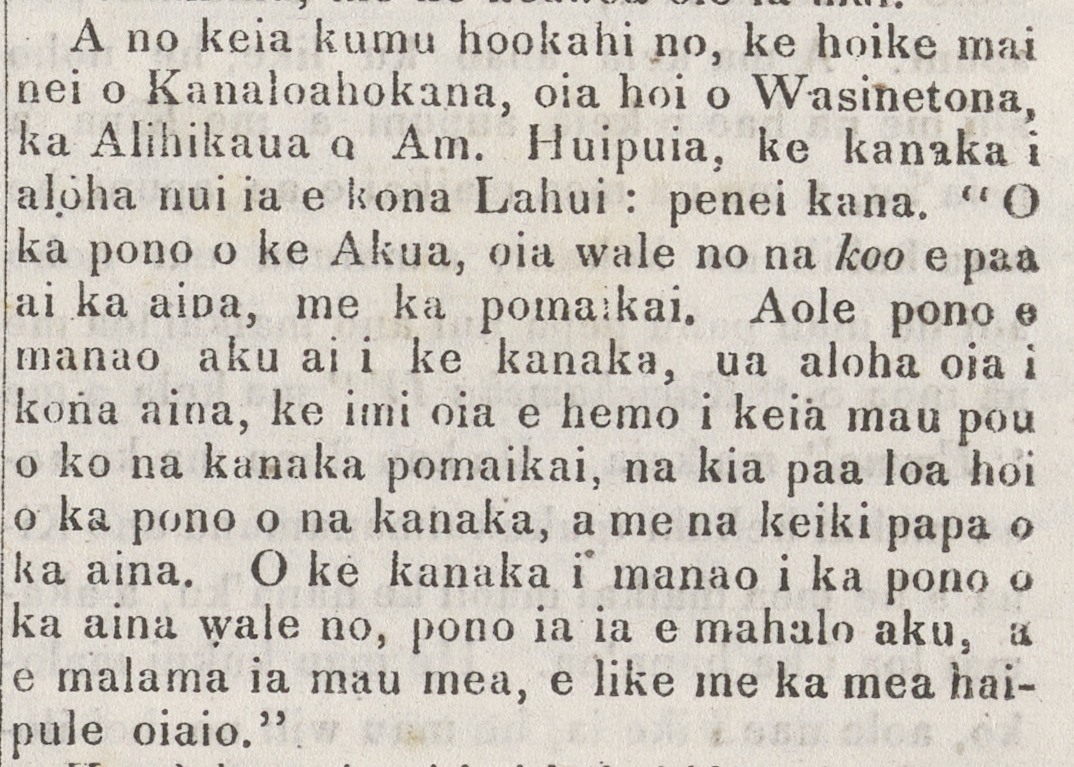 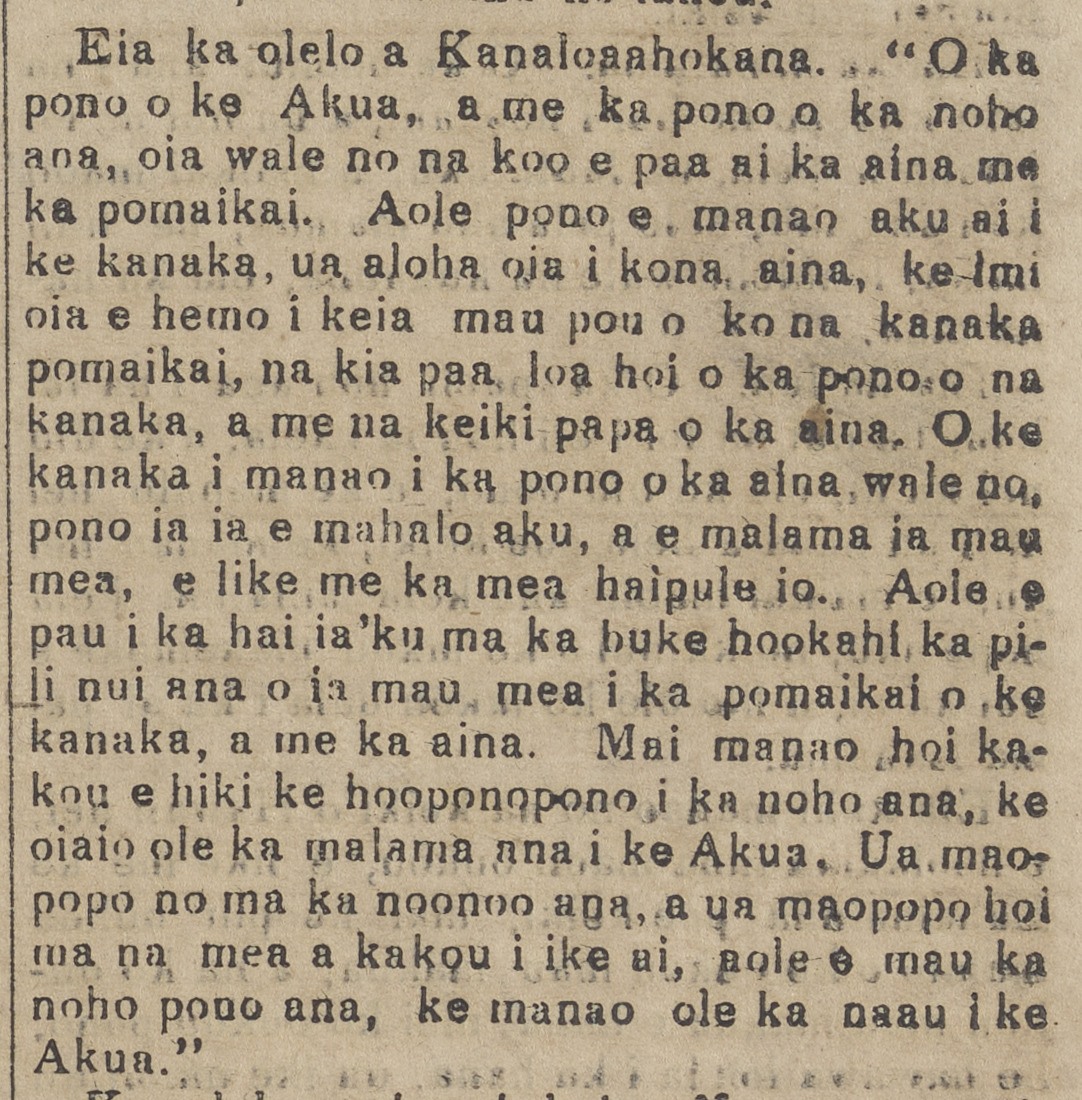