Earlier, we did a post on Kepelino’s descriptions of Hawaiian birds. Those descriptions were published as part of a serial in the Hawaiian language newspapers. Kepelino however did a similar series on fishes (“Mooolelo o na Ia Havaii”) which as of yet remains to be published as a whole. The following are two fishes he includes in his series. 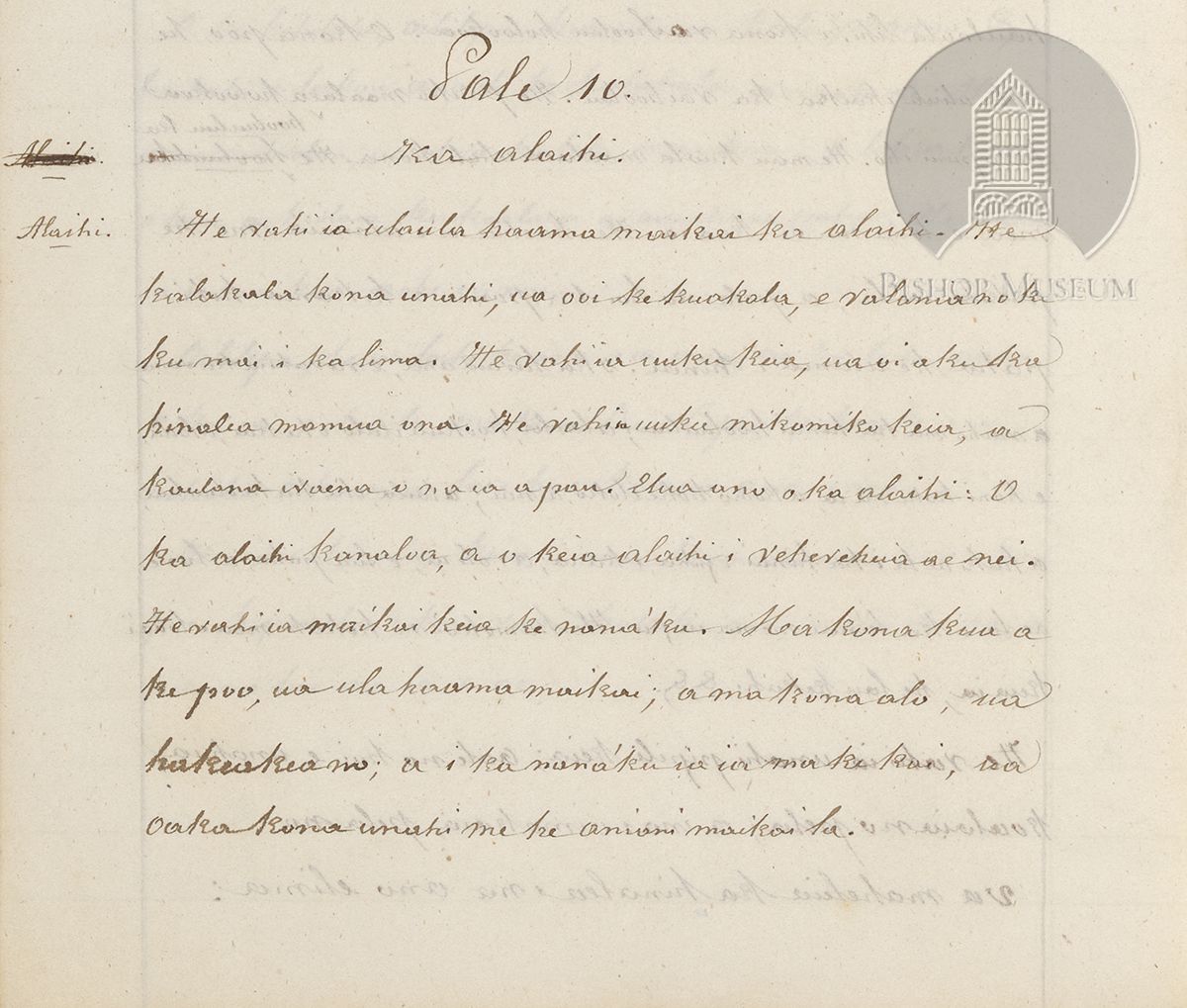 The ʻalaʻihi is a handsome red-yellowish fish. Its scales are rough, and its dorsal fin is sharp, and it smarts should you prick your finger on it. This is a small fish; the hīnālea is larger. It is a tiny delicious fish, and is well known among all fishes. The ‘alaʻihi has two varieties: the ‘alaʻihi kanaloa [also ʻalaʻihi kalaloa] and the ʻalaʻihi that is being described. This is a goodlooking fish. From its back to its head is a handsome yellowish red, and its chest it is fair; when you see this fish in the ocean, its scales flash just like a mirror. 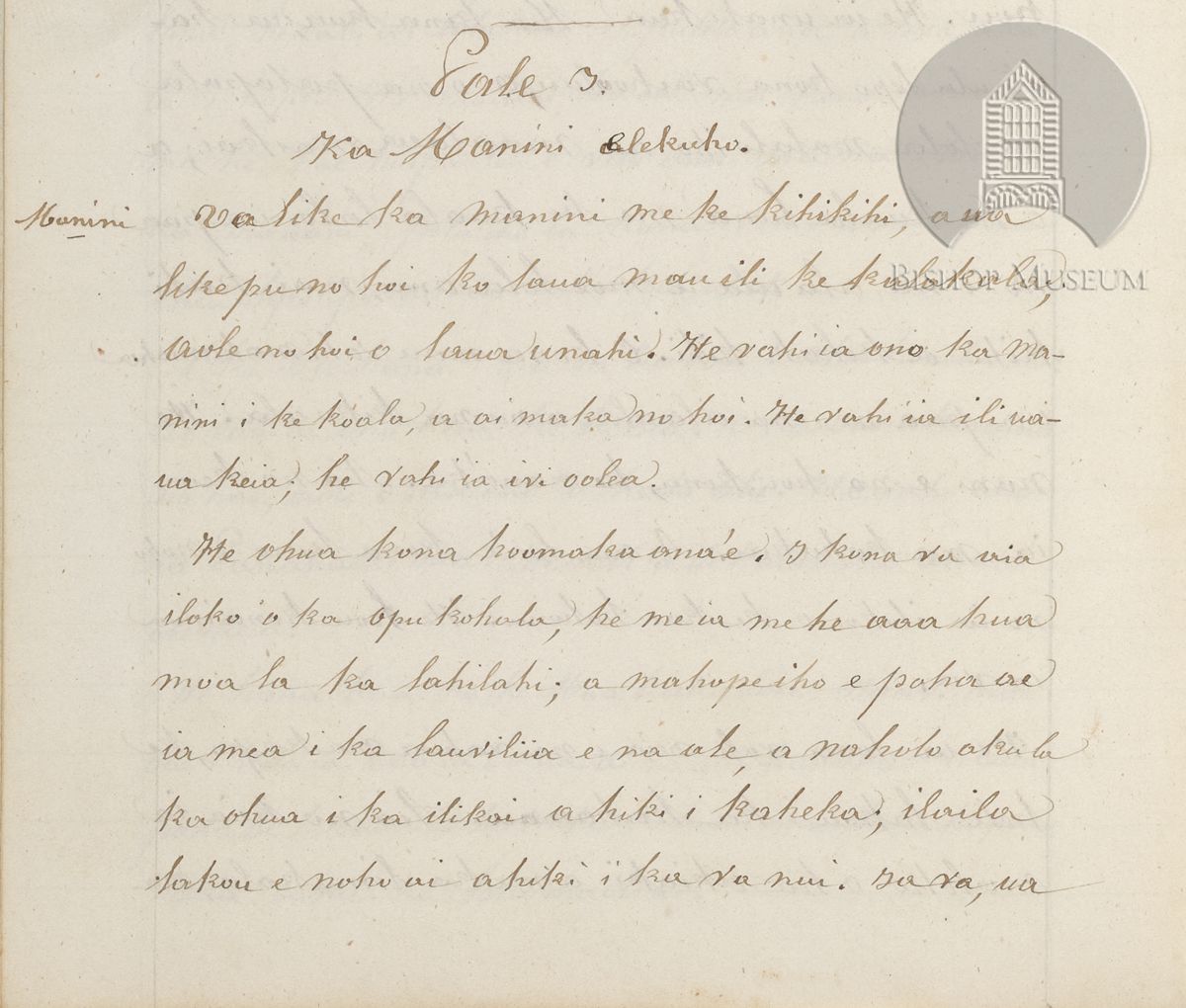 The manini is like the kihikihi; their skin is rough and they do not have scales. Manini is a fish that is delicious when broiled or also eaten raw. This is a fish that has tough skin; it is a fish with strong bones.

It starts off as ʻōhua (young stage of manini). When in the stomach of a whale (ʻōpū koholā), they are fragile like chicken eggs. Then they swell up from being tossed around by the billows and the ʻōhua flee on the surface of the ocean until they arrive at the tidepools. They live there until they are large. That is when … 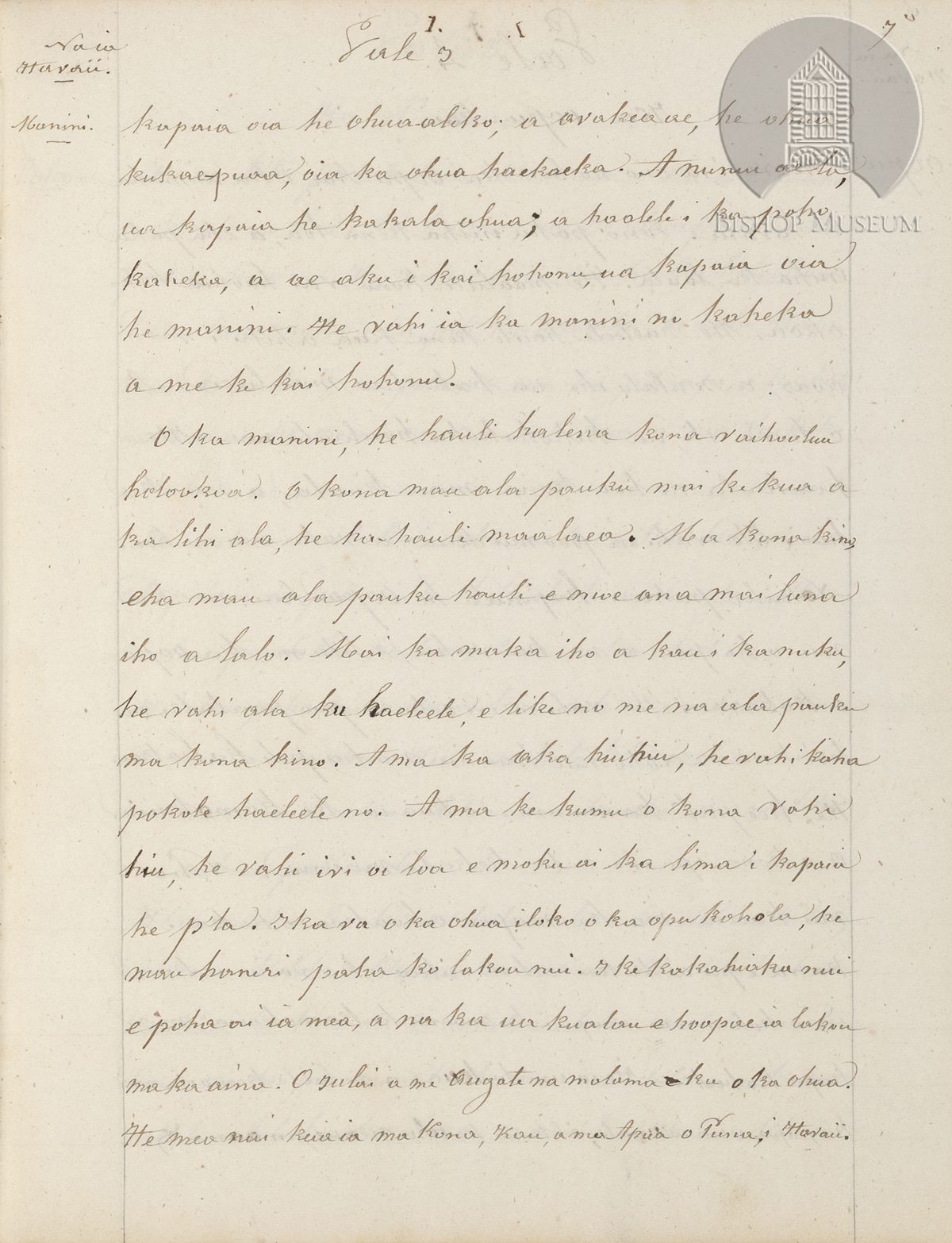 Manini are entirely yellowish grey. Its stripes from its back to the other edge are grey ocher. On its body, there are four dark stripes running from above to below. From the eye to the snout, there is a blackish stripe like the stripes on its body. Also, at the base of the caudal fin there is short dark stripe. And at the base of its tail, there is a very sharp bone that will cut the hand; it is called a kala. During the time the ʻōhua are in the whale stomach, they perhaps number several hundreds. Early in the morning, it bursts, and the kualau shower falls and causes them to come to shore. July and August are the months when the ʻōhua are numerous. This is important in Kona, Kaʻū, and ʻĀpua in Puna in Hawaiʻi. 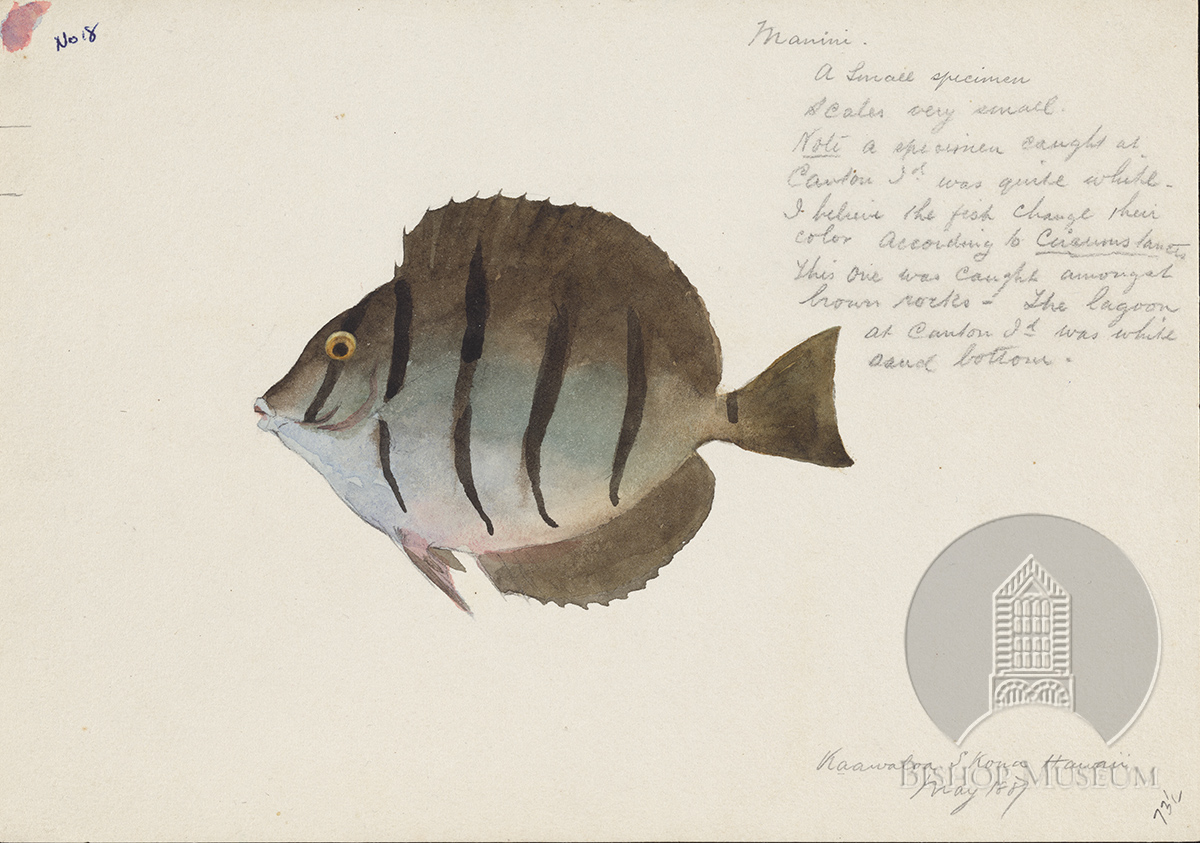