Hawaiian language newspapers were a place for the safekeeping of traditional stories. Below is a translation done by Mary Kawena Pukui of one of these moʻolelo found in the newspapers. The translation can be found in the Hawaiian Ethnographic Notes (HEN) at Bishop Museum. 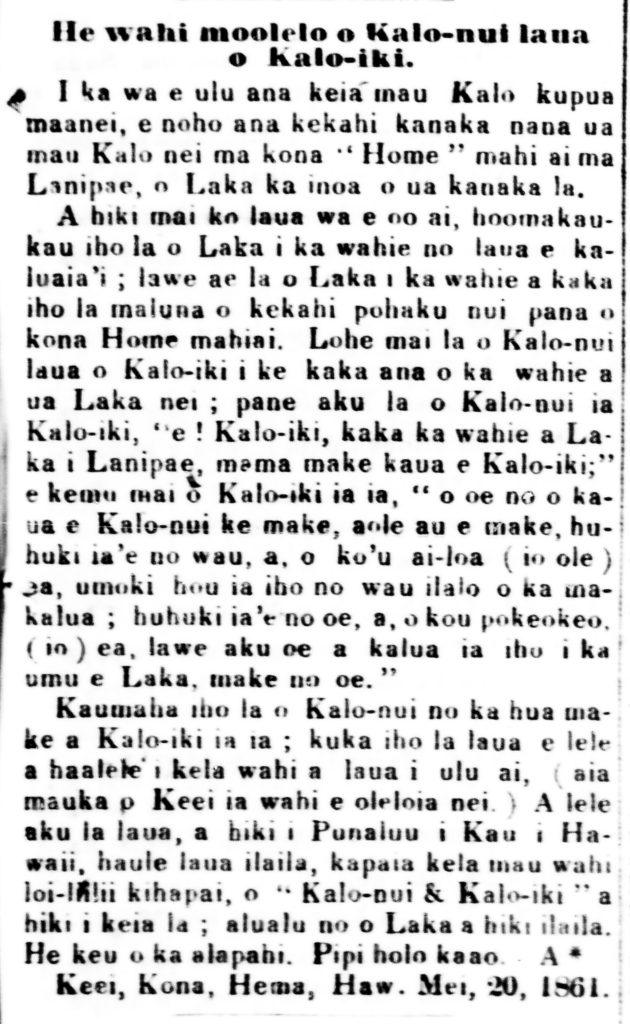 A Short Story of Big Taro and Little Taro

When these two supernatural taros were growing, a certain man whose taros they were lived at his farming place in Lanipae. His name was Laka.

The time came when the taros matured and Laka made the wood ready with which to cook them. Laka placed the wood to chop on a big legendary rock found on his farm. Big Taro and Little Taro heard Laka chopping wood at Lanipae. We are going to die, Little Taro.” Little Taro answered him and said, “You, of the two of us, will die, Big Taro. I will not die. When I am pulled up and it is seen that I have hardly any root, I will be pushed back into the hole again. When you are pulled up and found to be round and full, you will be cooked in Laka’s imu. You shall die.”

Big Taro was sad because Little Taro spoke of his death. They planned to fly elsewhere where they could grow. (The place mentioned as the place they grew in was in the upland of Keʻei.) They flew to Punaluʻu in Kaʻū, Hawaiʻi and dropped there. The little patches in which they grew are named Big Taro (Kalo-nui) and Little Taro (Kalo-iki) to this day. Laka ran after them until he reached there. Oh what a fib this is. The tale is ended. 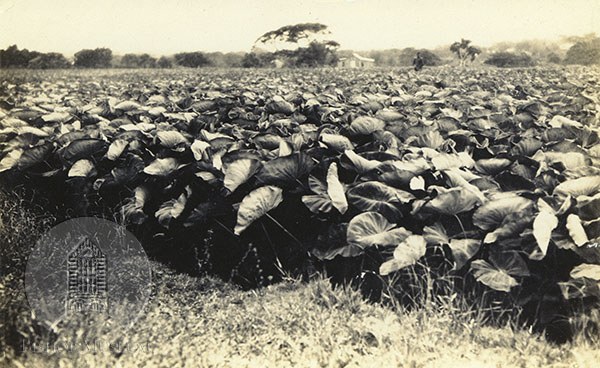