Aloha Nūhou Monday! The Hawaiian language newspapers often gave out incentives at the start of the new year to draw subscribers. One of the most popular items was a calendar. Some were simple, while others were more elaborate. Here are four examples, each with its own special features. 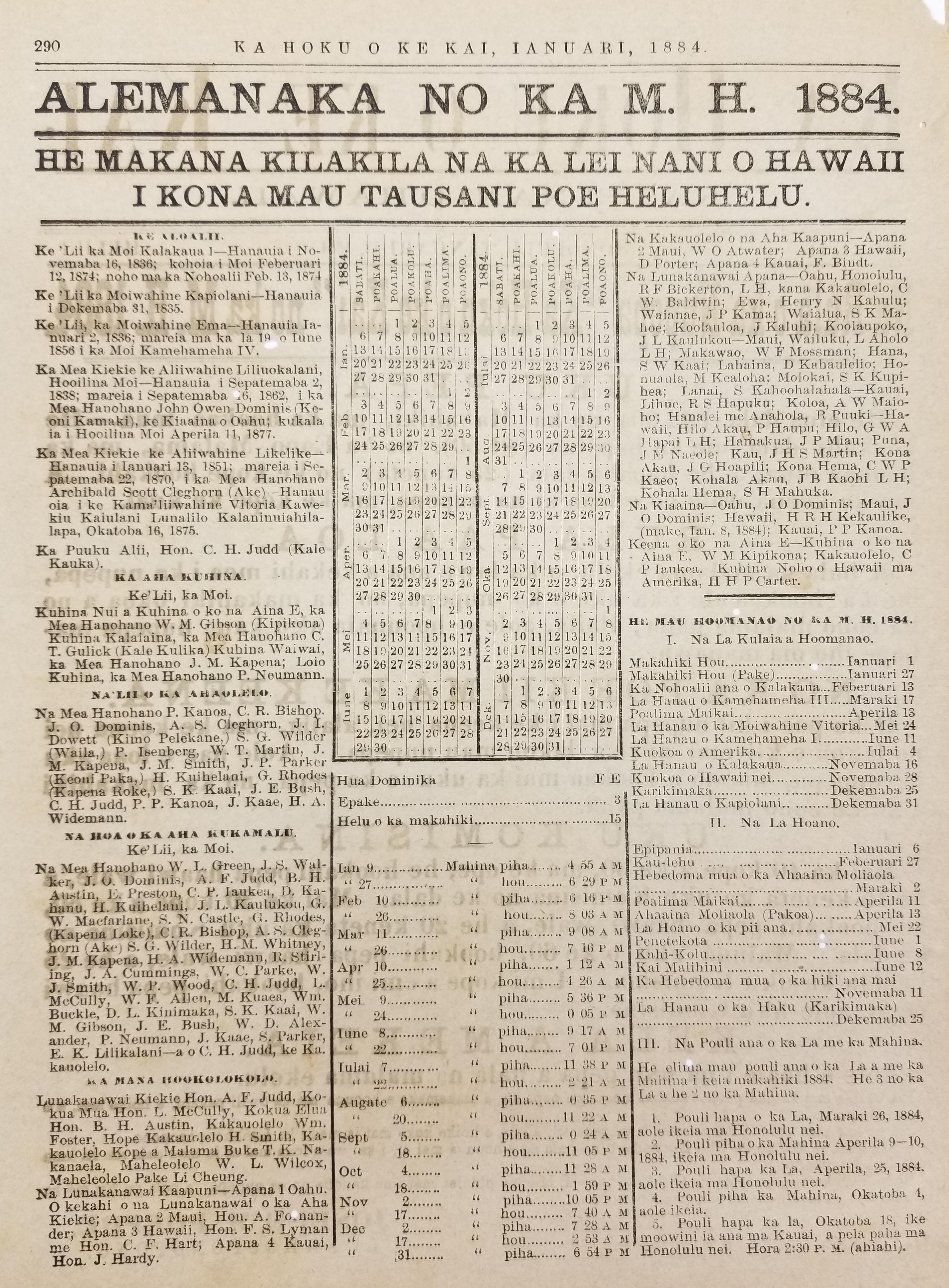 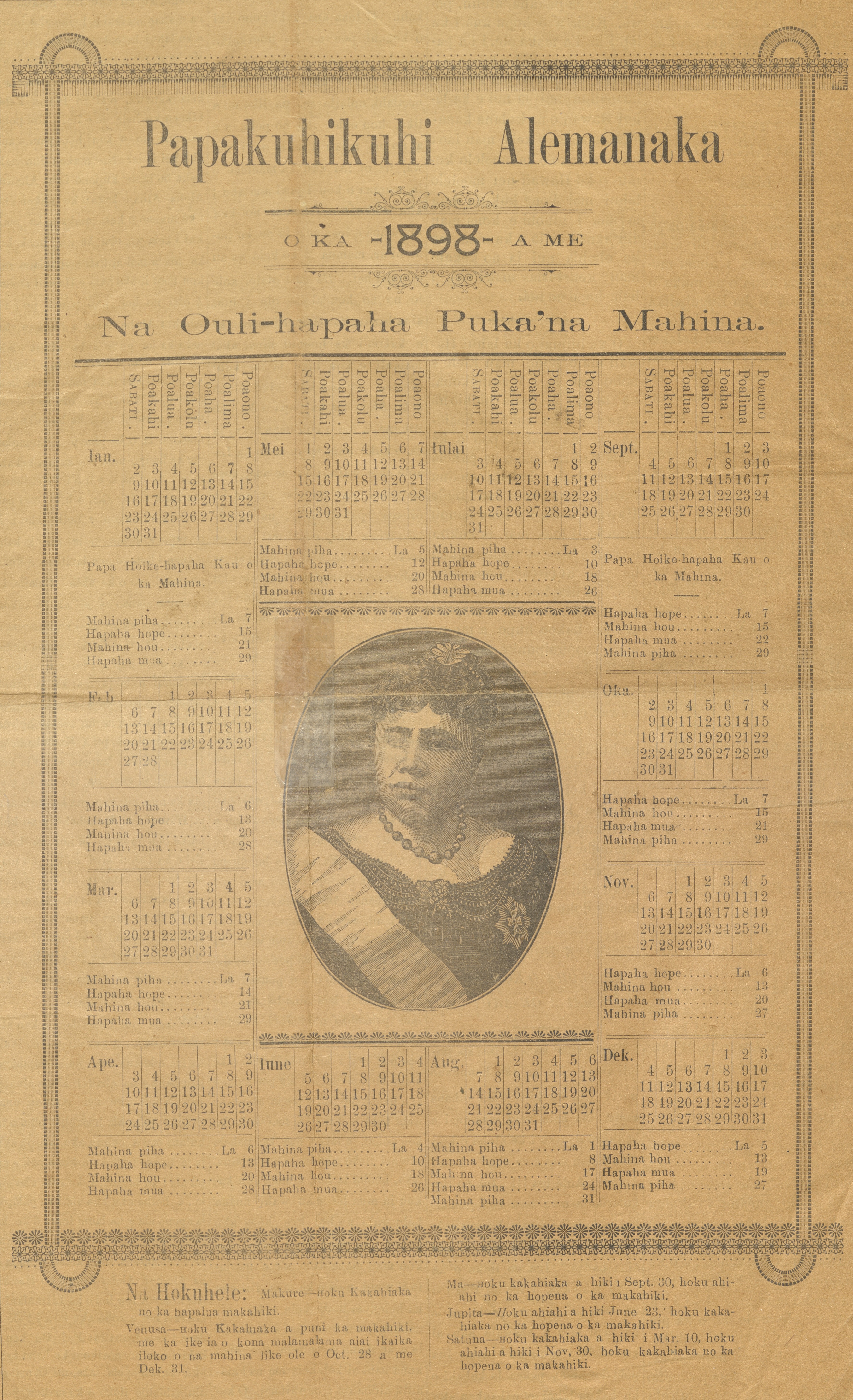 Image: Calendar for the year 1898 featuring a portrait of Queen Liliʻuokalani. It gives the phases of the moon as well as information about the planets. Ka Loea Kalaiaina, January 1, 1898, p. 1. 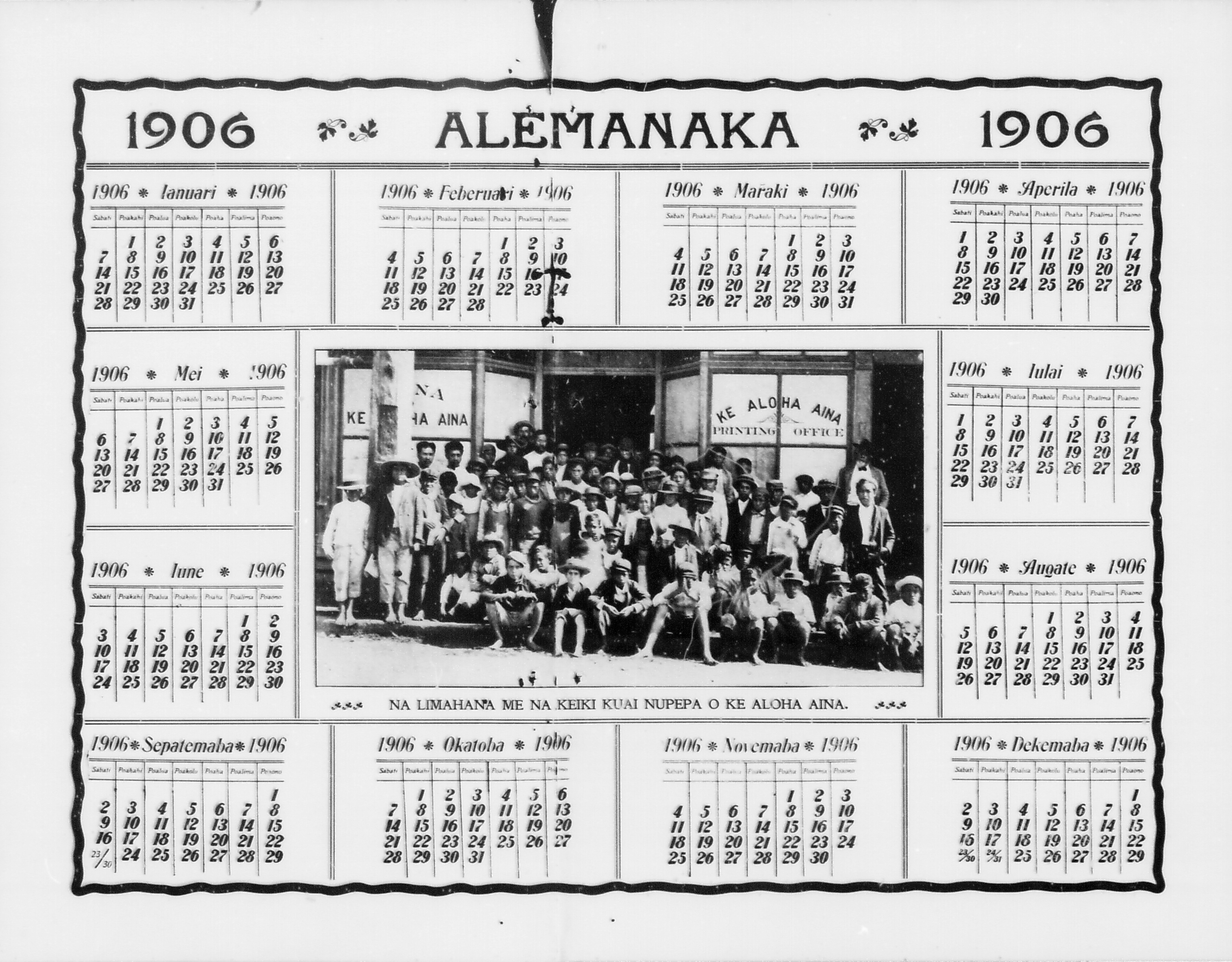 Image: Calendar for the year 1906 featuring a photograph of the typesetters of Ke Aloha Aina (standing at the left) along with some of the paperboys. The photo was taken on December 30, 1905. Ke Aloha Aina, January 6, 1906, p. 9. 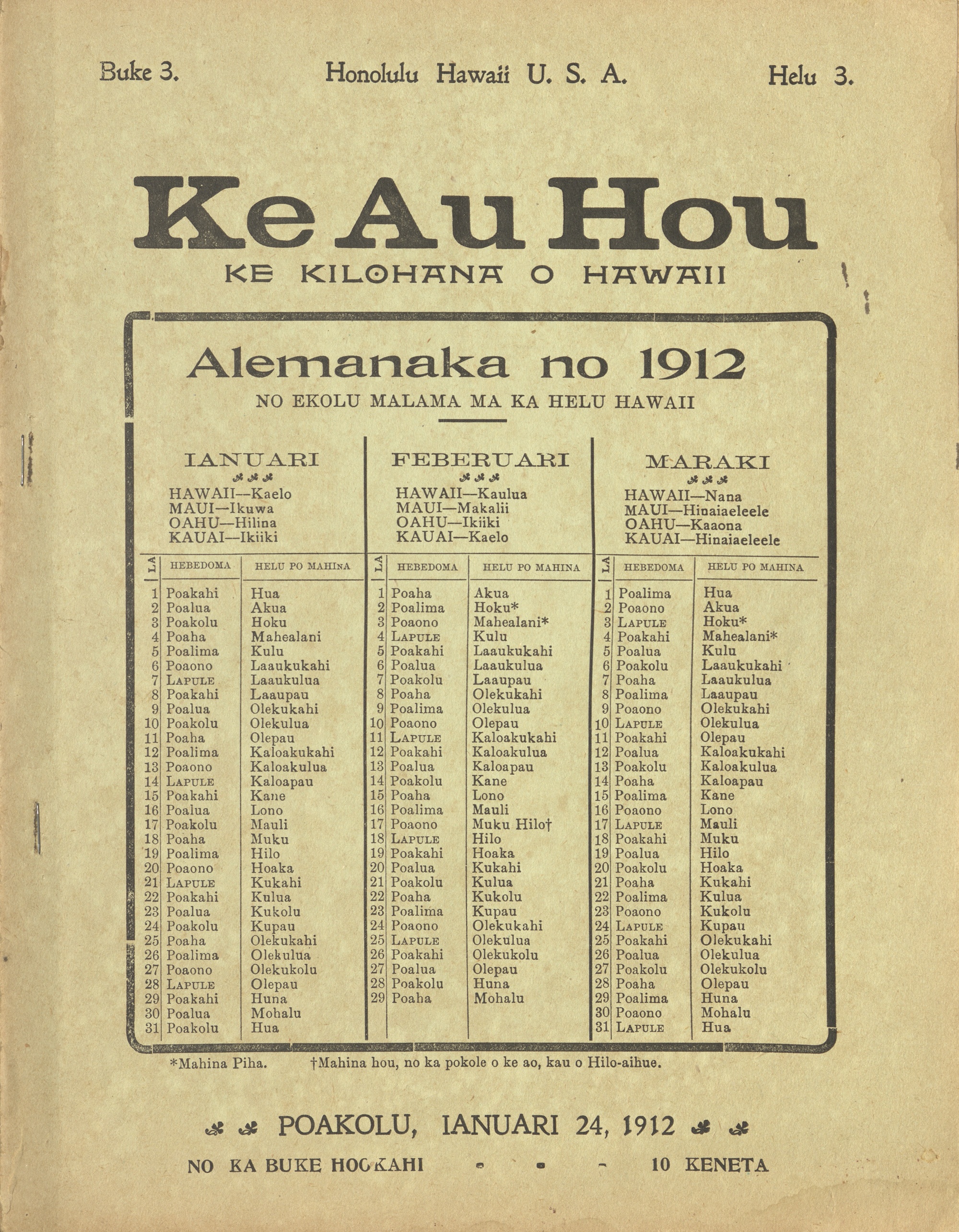 Image: Calendar for the first three months of 1912. It features the traditional names of the months for the different islands. Also, it gives the names of the nights for each day of the month. Ke Au Hou, January 24, 1912, p. 1.