The two Merchant Street photos shown here appeared under the title, “He Mau Hoohalikelike ana no ke Alanui Kalepa iloko o na Makahiki he Umi.” [Comparisons of Merchant Street Over Ten Years.] The span of years between the two photos is actually twenty years and not ten.1 For further comparison, we include a photo from the Bishop Museum Archives taken by On Char in 1938, as well as another one we snapped just the other day.

1Both the Kuokoa and the Pacific Commercial Advertiser were published by the Hawaiian Gazette Company, Ltd. The PCA also published old Honolulu photos during the same year. The two Merchant Street images can be found on January 27, 1903. 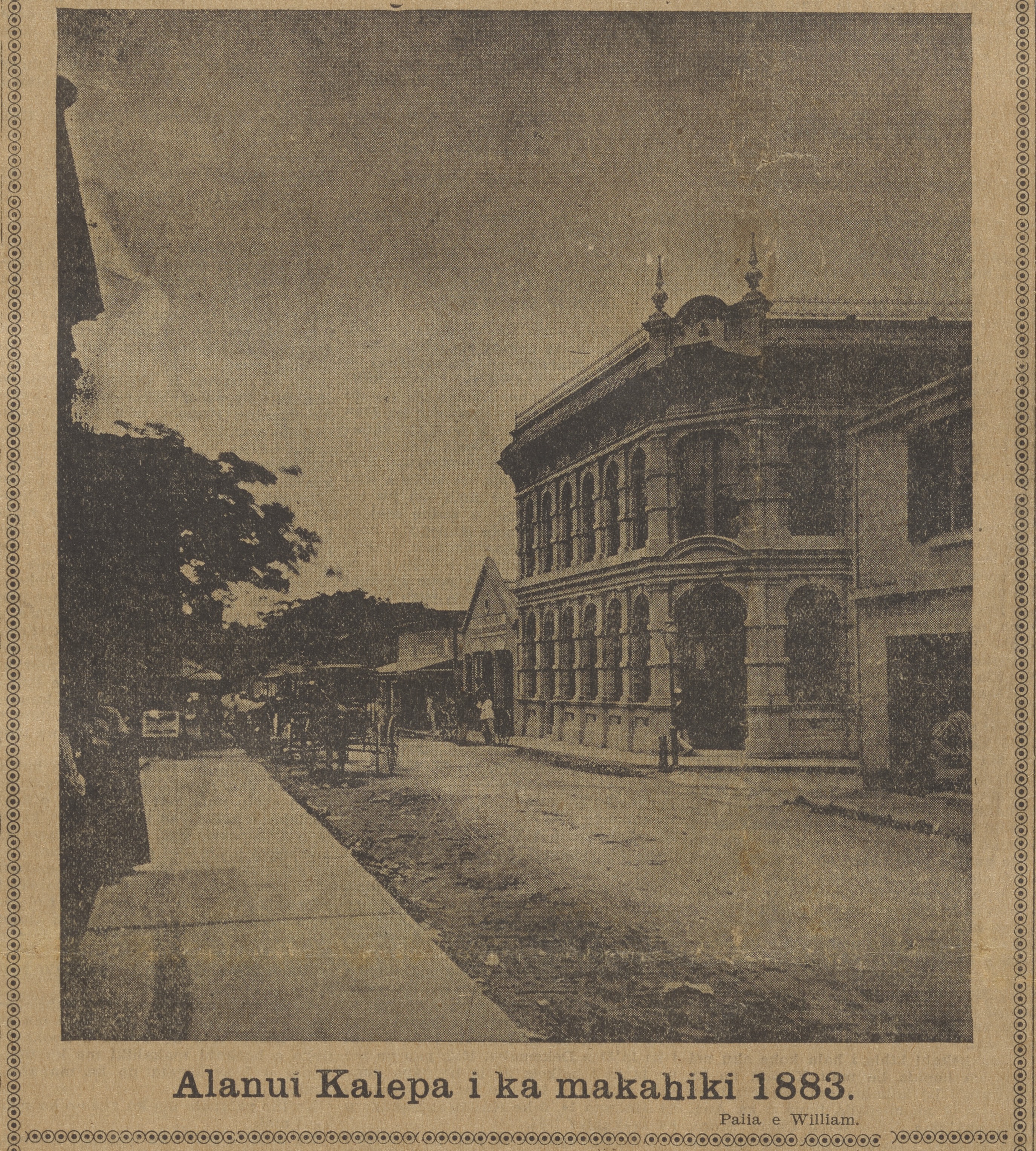 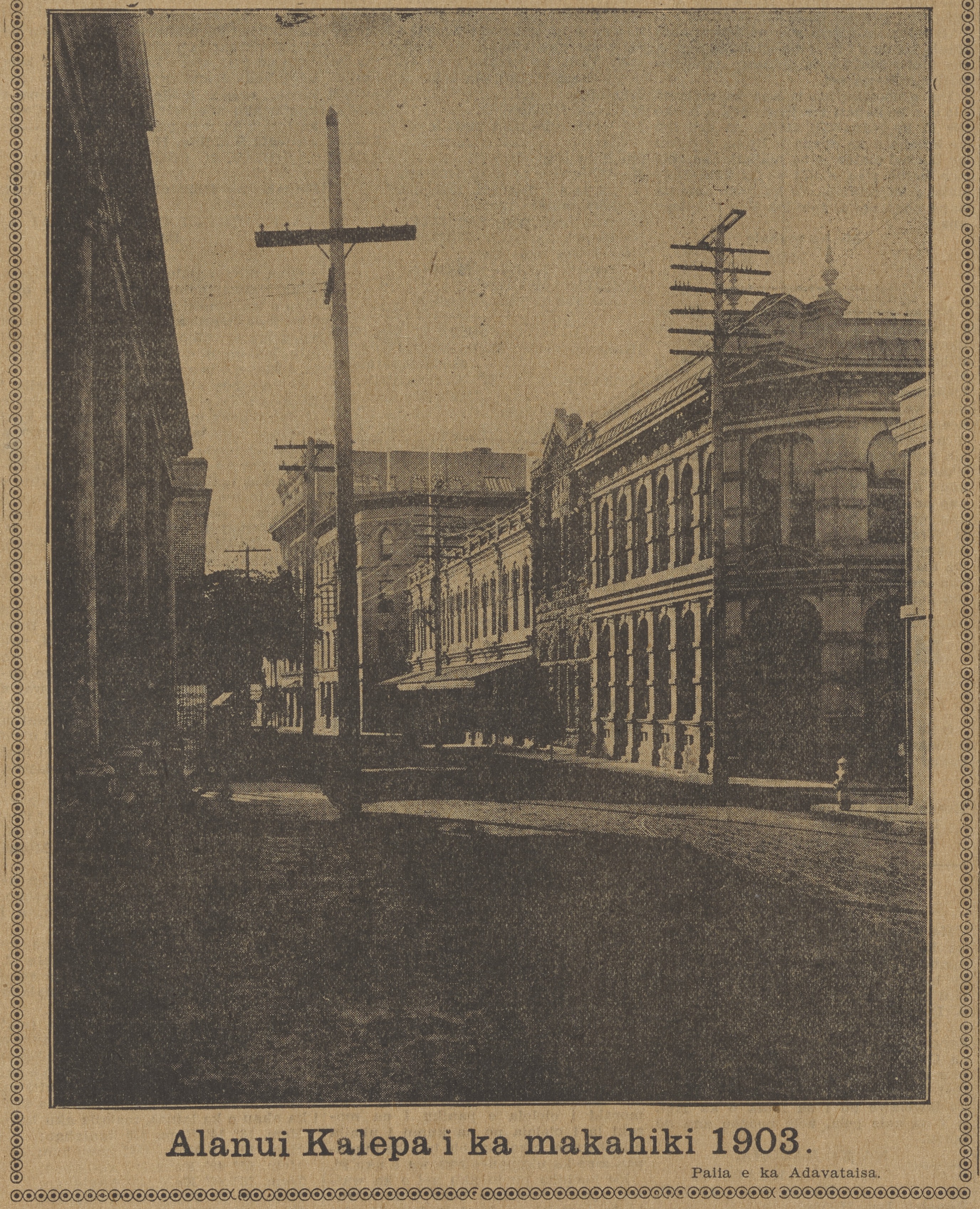 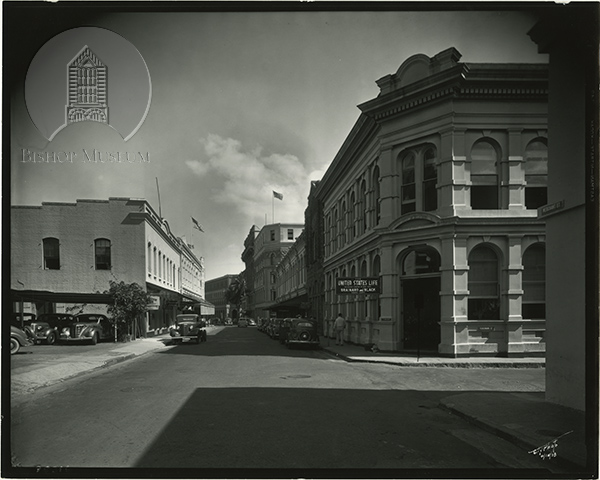 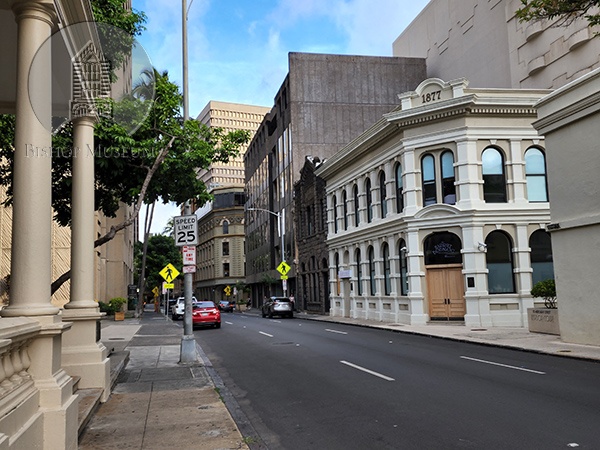