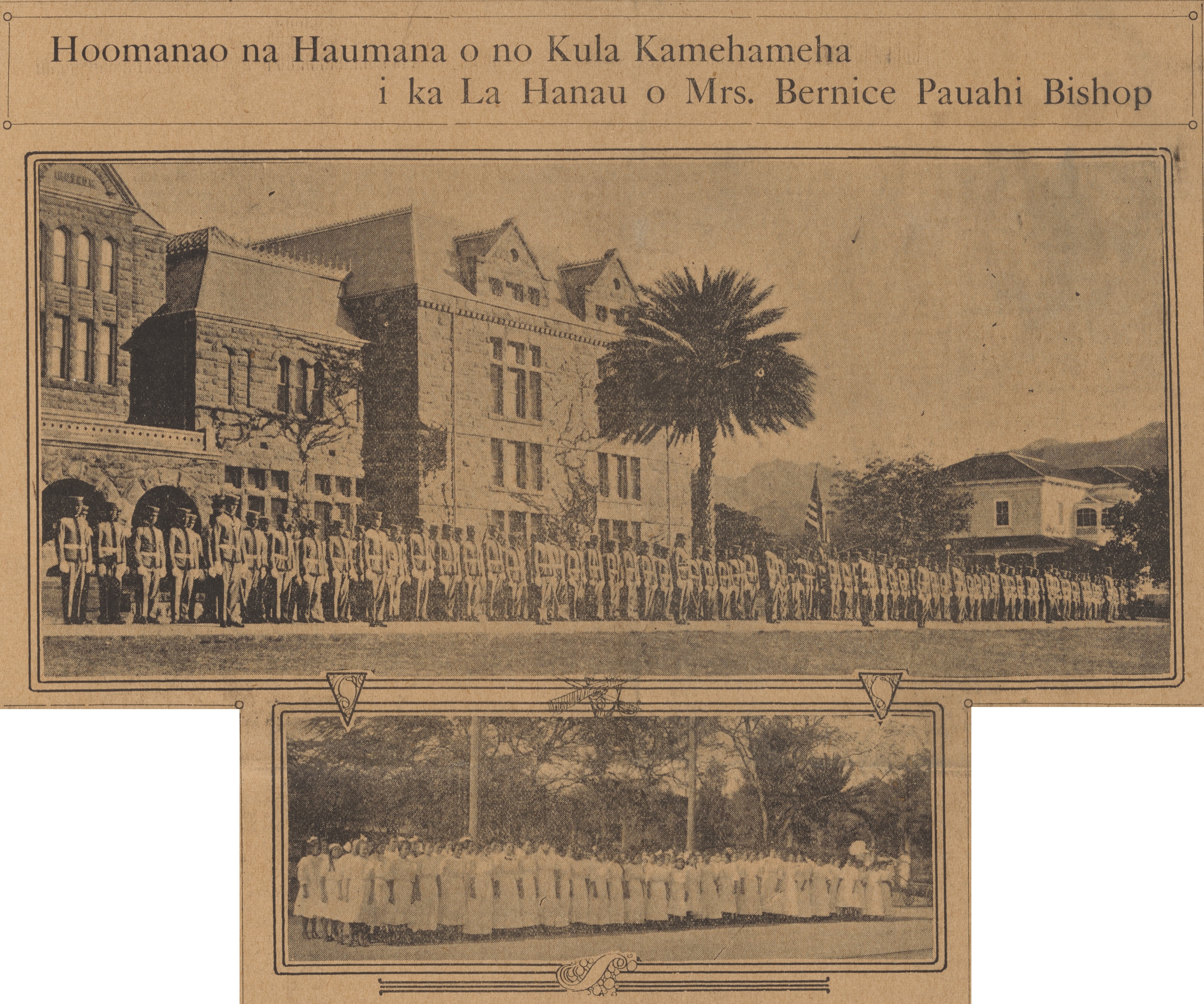 The Kamehameha Students Join Together on Pauahi’s Day

The day of the Benevolent Royal Mother, Mrs. Bernice Pauahi Bishop, was commemorated once again, on this past Friday by the students of the Kamehameha Schools. It was the twenty-sixth memorial at her graveside at Maʻemaʻe; there was placing of flowers, singing, and short speeches that day. And being that the day was very calm, all the activities carried out went very smoothly until the assembly was dismissed.

When the clock nearly struck ten that morning, the male students of Kamehameha and the female students arrived at Maʻemaʻe, and when they got off the car, they formed into equal lines with the lead going to the girls, and the small boys thereafter, and the large boys all the way in the back. Right before the grave of Chiefess Pauahi all the students lined up, and George Andrus led in the singing of “He Inoa no Pauahi.” This song was composed by Queen Liliʻuokalani; and following this, the decorating of the grave with all varieties of flowers began; the grave was a beautiful thing to witness.

Following the placing of the flowers, the students sang another mele, “Pauahi ke Aliʻi,” then all the boys joined together in the singing of “Pauahi ʻo Kalani.” After the singing was through, each school recited a memorized passage from the Bible, then there was the singing of an English hymn, “Only Remembered.” The girls performed their last duty, and that concluded the prepared program. The hymn “E Pili i Ou lā Wau,” was sung by the Hawaiian Band, and the students of the Kamehameha military school began to march outside to the street where the special street cars were waiting to take them back to the school. That was the close of the commemorative excercises for the Aliʻi Pauahi. 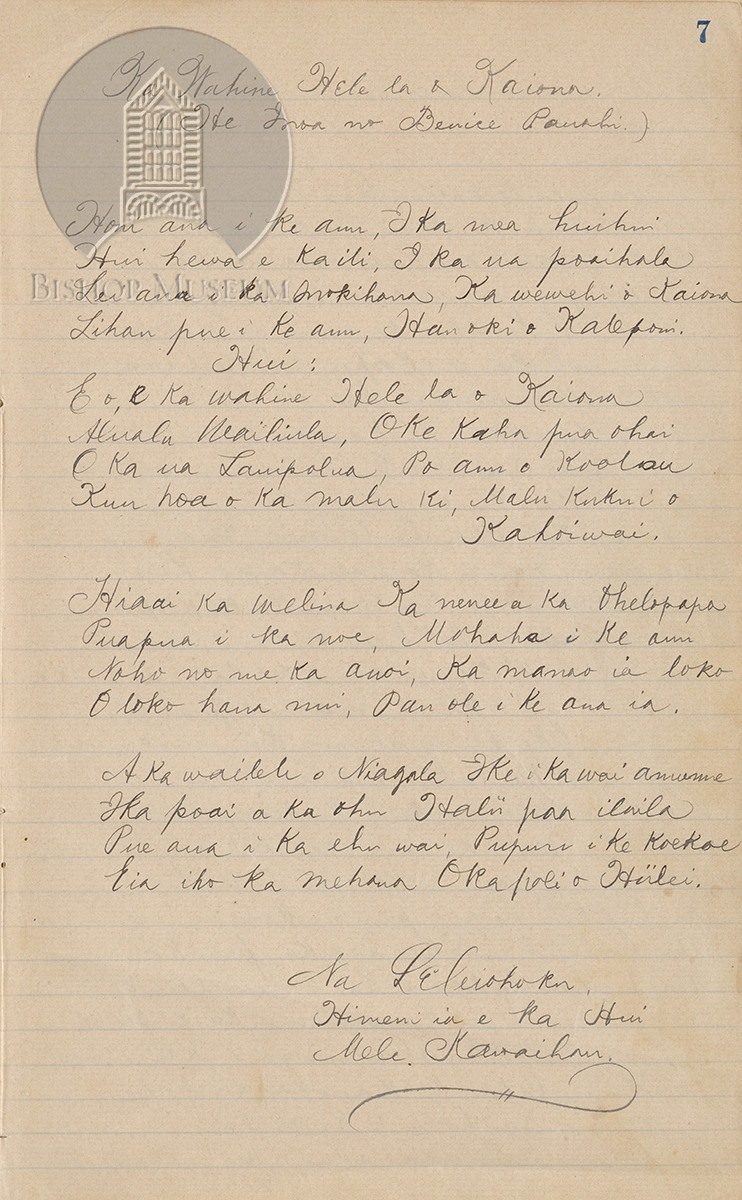 Image: Although in the article “He Inoa no Pauahi” is credited to Queen Liliʻuokalani, here (as well as in other sources) it is credited to William Pitt Leleiōhoku. The mele is known by a number of titles, including “He Inoa no Pauahi,” “Wahine Hele Lā ʻo Kaiona,” and “He Inoa no Bernice Pauahi.” This version is found in a song book from our Kapiʻolani-Kalanianaʻole Collection (HI.M.42, p. 7)