The Hawaiian newspapers ran lengthy moʻolelo, both native and foreign, as serial columns. These entertaining and instructive stories would attract readers to subscribing to the papers so that they could be amongst the first to find out what the latest installment of the moʻolelo would reveal.

“Ka Moolelo o Heneri Opukahaia” was translated from the English, “Memoirs of Henry Obookiah,” which was published in 1818. The Hawaiian translation ran first as a serial in Ka Nupepa Kuokoa from September 9, 1865 to March 24, 1866. S. W. Papaula made corrections and additions for the Hawaiian version. The serial was then published as a book in 1867.

[His Story Before Arriving in America.]

HENRY OBOOKIAH was a native of Owhyhee, the most important of the Sandwich Islands. He was born about the year 1792. His parents ranked with the common people; but his mother was distantly related to the family of the King. Her name was Kummooolah. The name of his father is unknown. When Obookiah was at the age of ten or twelve, both his parents were slain before his eyes, “in a war,” to use his own language, “made after the old King died, to see who should be the greatest among them.” The only surviving member of the family, besides himself, was an infant brother two or three months old. This little brother he hoped to save from the fate of his parents, and took him upon his back to flee from the enemy; but was overtaken, and the child cruelly destroyed. The circumstances of this interesting scene are so accurately stated in a “Narrative” already before the public, that that account will be here transcribed. The facts were taken from the relation of Obookiah.

“Two parties were contending for the dominion of the Island. The warriors met, and a dreadful slaughter ensued. The party to which the father of Obookiah belonged was overpowered. The conquerors having driven their antagonists from the field, next turned their rage upon the village and families of the vanquished. The alarm was given of their approach. The father, taking his wife and two children, fled to the mountains. There he concealed himself for several days with his family in a cave. But, at length, being driven by thirst to leave their retreat, they went in quest of water to a neighbouring spring. Here they were surprized by a party of the enemy while in the act of quenching their thirst. The father, obeying the first impulse of nature, fled, but the cries of his wife and children soon brought him back again for their protection. But seeing the enemy near, again he fled. The enemy seeing the affection of the father for his family, having seized his wife and children, put them to the torture, in order to decoy him from his retreat. The artifice succeeded. Unable to bear the piercing cries of his family, again he appeared and fell into their hands, and with his wife was cut in pieces. While this was going on, Obookiah being then a lad of about twelve years, took his infant brother upon his back, and attempted to make his escape. But he was pursued, and his little brother pierced through with a pahooa, or spear, while on his back. He himself was saved alive, because he was not young enough to give them trouble, no old enough to excite their fears.”

Obookiah, being now a prisoner in the hands of the enemy, was taken home to the house of the very man who murdered his parents. With him he remained, until he was found by an uncle, who having obtained the consent of his keeper, took him into his own family and treated him as his child. This uncle was a priest; and had the rank of high priest of the Island. It was his design to educate Obookiah for the same service. In pursuance of this purpose, he taught him long prayers and trained him to the task of repeating them daily in the temple of the idol. This ceremony he sometimes commenced before sunrise in the morning, and at other times was employed in it during the whole or greater part of the night. Parts of these prayers he often repeated to gratify the curiosity of his friends, after he came to this country.

He continued with his uncle and in this employment, until he took his departure from his native country, to go in quest of another, where he hoped to find the happiness which the death of his parents had taken from him, and which nothing, now to be found in his own country, could at all supply.

His own feelings on this subject, with some account of his situation while he remained upon the Island, of his departure for America, and his reception in this country, are found in a history of his past life written by himself several years before his death. As this, to all the readers of these memoirs will doubtless be interesting, considered especially as the production of a heathen youth, the greater part of it will be inserted; with but few slight alterations. His own ideas, and in general, his own language will be preserved.

1From Pukui and Elbert, Hawaiian Dictionary, University of Hawaii Press, 1986. 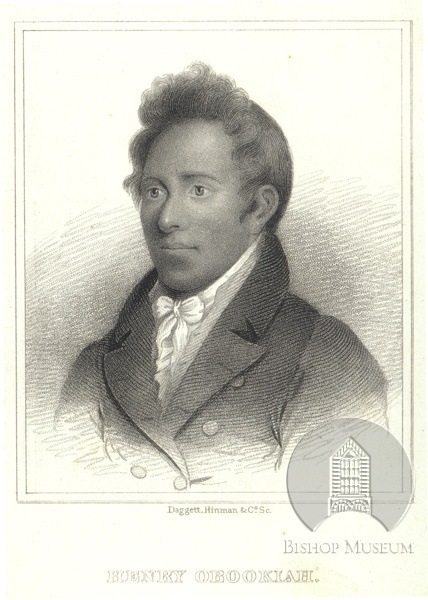 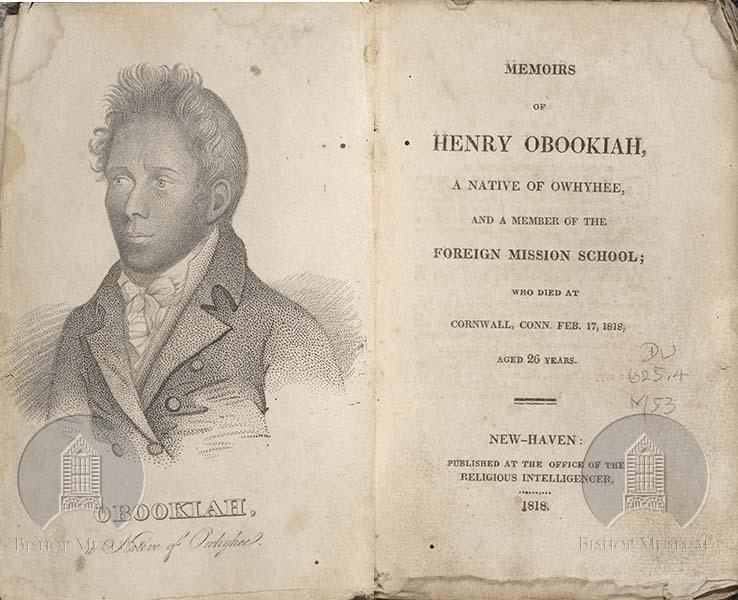 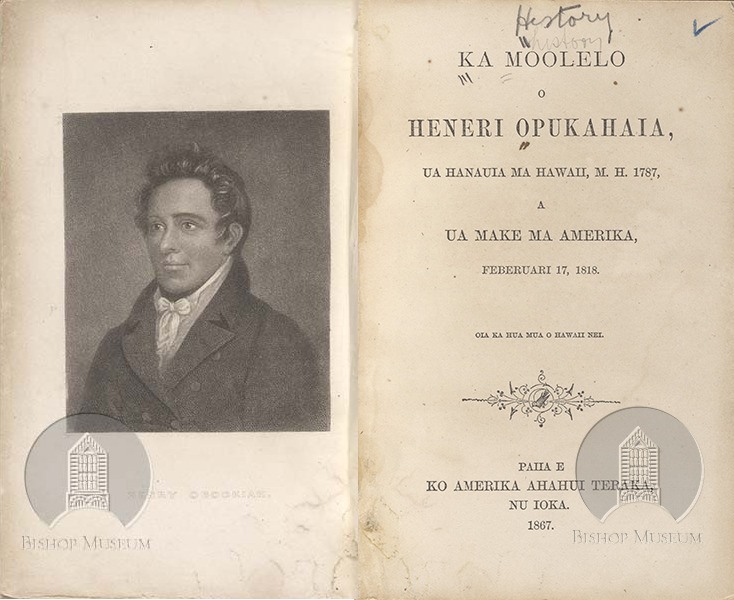