Hawaiian language newspapers were the most practical means for people of the day to have their words (and sometimes pictures) disseminated all across the Hawaiian Islands and even farther beyond that.

Today, their words can reach us across space and time, just as long as the original pages on which these words were printed still exist. We will take those original newspaper issues, photograph them, and have them word-searchable and available online at no cost thanks to www.papakilodatabase.com. But even in 1906 when the following article was written, entire runs of newspapers were not easy to come by.

What is Its Worth?

We were greatly saddened upon learning that among us, Hawaiʻi’s own, there are those who have old Hawaiian books and newspapers from where perhaps might be found appropriate passages to round out old moʻolelo of Hawaiʻi nei. They do not agree to giving those books and newspapers to people who offer their time, strength, and modest amounts of money for the benefit of the future youth of the lāhui, albeit there being a price laid to rest with the publications. Whereas some people when asking for a price, it will be exorbitant for us Hawaiians, but should it be some other person, a haole, it will be lower.

Newspaper publisher like the Hawaiian newspapers being published these days, as well as the story books, “Ka Nani o ka Home,” and “Ka Aekai o Hawaii,” they are the people who should have these things, to revitalize the knowledge of our kūpuna which is now lost.

These people are certain they will get very high prices in the future and that is their reason for not letting it go for a truly reasonable offer. If we are not mistaken in saying, there will come a time in the future that the prices of assets of this sort will severely cool down.

We heard that there are volumes of Ka Lama Hawaii and some other newspaper volumes held by W. Kamila [John W. Smithies, City Auction Company manager], and we are told that he was offered a reasonable price for the volumes, but he refused, saying that he is going to hold on to them until he receives a high price in the future. But it will be time that tells if his desire is actually fulfilled. 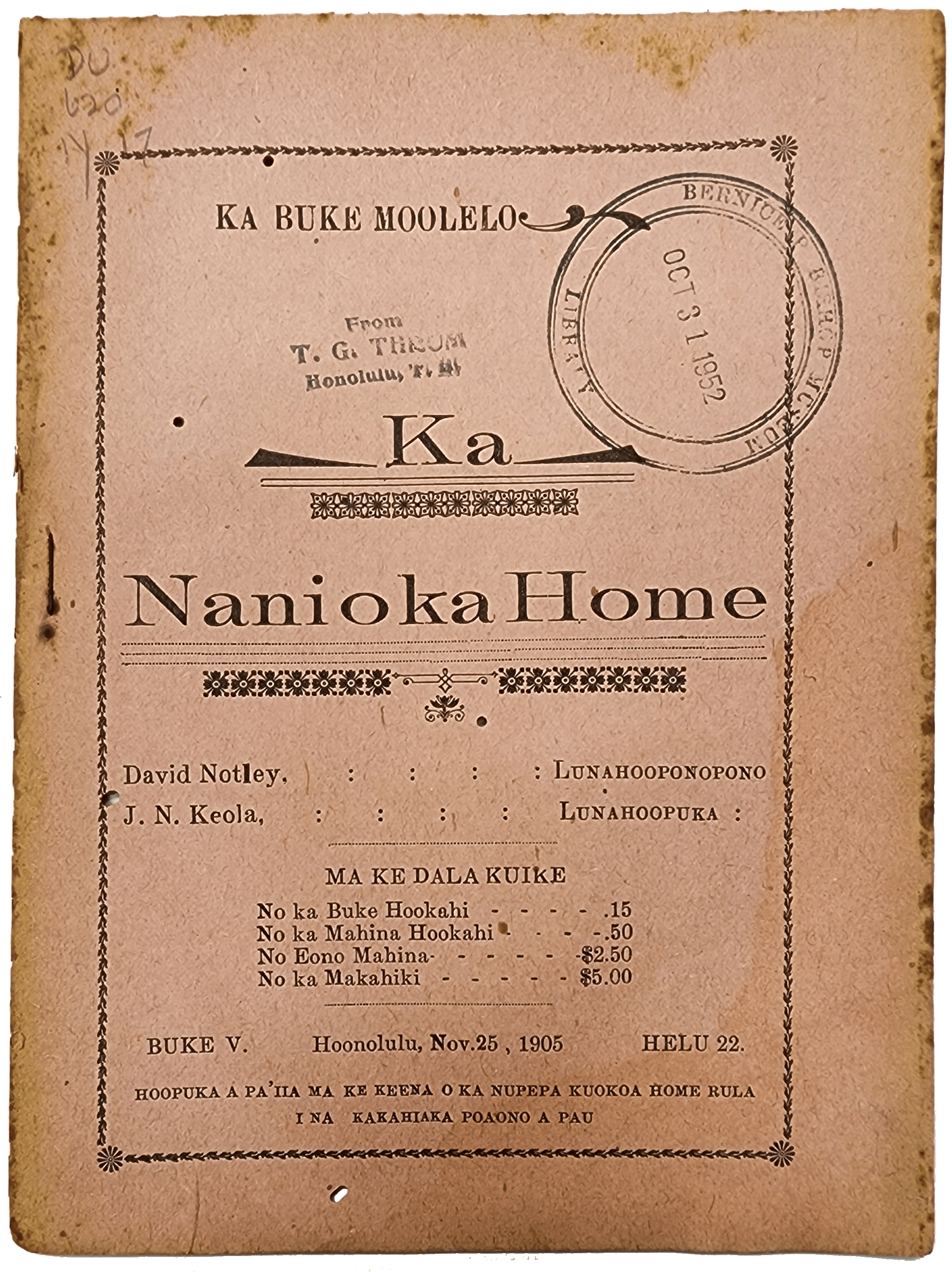 Image: Cover of the November 25, 1905 issue of “Nani o ka Home,” a weekly literary magazine put out by J. N. Keola. It featured both native and foreign (translated) stories. 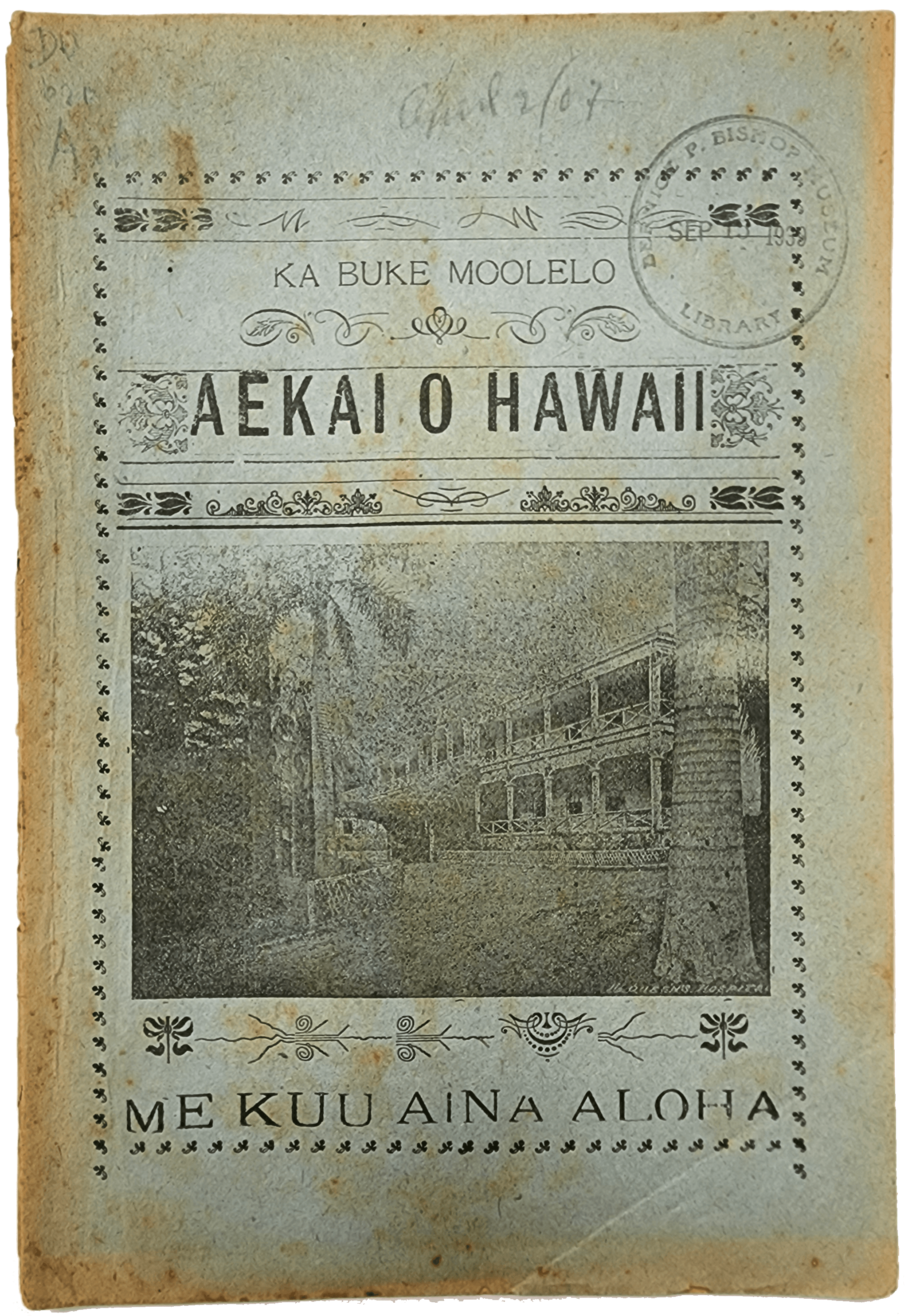 Image: Cover of the April 2, 1907 issue of “Aekai o Hawaii,” a weekly literary magazine put out by Daniel Damien. It featured both native and foreign (translated) stories. 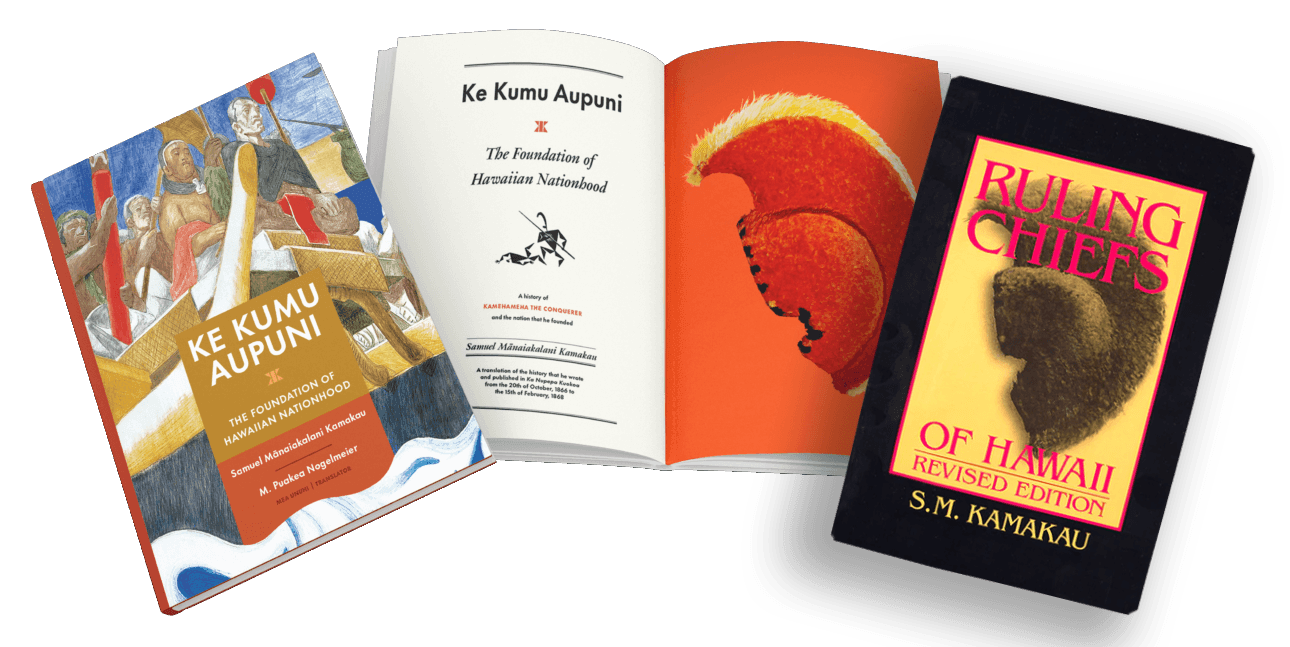 Image: Samuel Mānaiakalani Kamakau’s columns in the Hawaiian language newspapers were translated and reorganized into the classic “Ruling Chiefs of Hawaii,” first published in 1961 by Kamehameha Schools Press. Over 60 years later, with Awaiaulu’s recent publication of the newly interpreted “Ke Kumu Aupuni,” there are still issues of Ke Au Okoa missing that contain his columns. Hopefully they will be found in time to be included in the future “Ke Aupuni Mōʻī.”